We did think that the sheep and cattle might start their journey this week, but I guess they've decided to wait another week. That's ok, they're making the decision based on the ability of the lambs to travel so I am happy to defer to their experience.

In the meantime, we have prepared the receiving areas. The sheep will need to be drenched on arrival and then held in quarantine overnight. Both species will then need to be introduced to the lush pastures gradually. This means holding them in yards overnight and making sure they have a good belly full of hay before being allowed out to graze.

So I've set up the sheepyards in this gateway for easy unloading. It won't be the permanent location for the yards but it will allow a livestock truck to remain on good gravel footing. 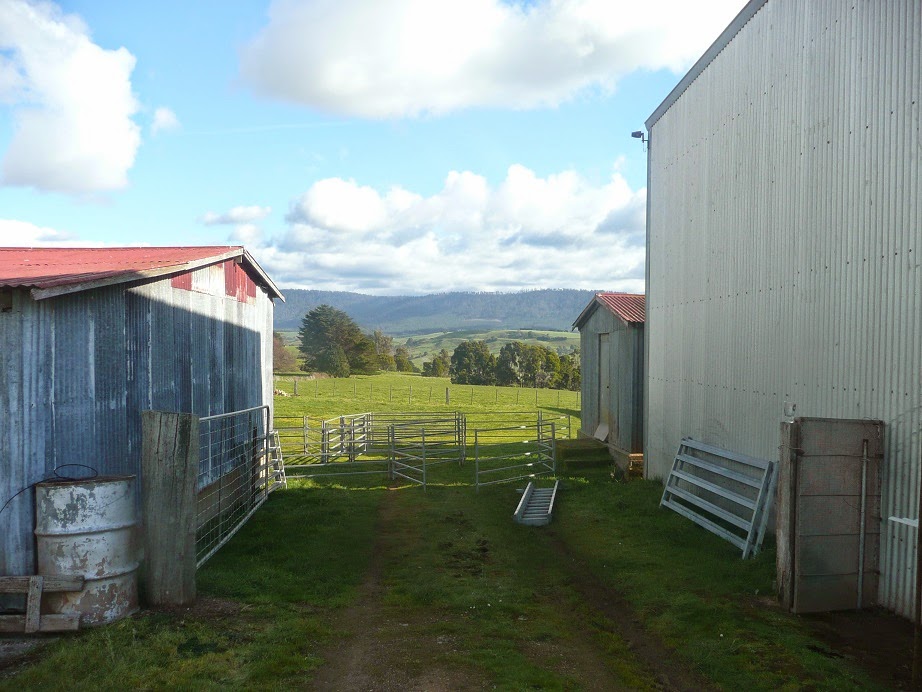 Once unloaded they'll be drenched and released into this run-in area, the former boatshed. There'll be hay and fresh water and bedding for the lambs, and a small sacrifice area for nibbling grass and sitting in the sun that won't be grazed for a while afterwards to avoid picking up worm eggs. 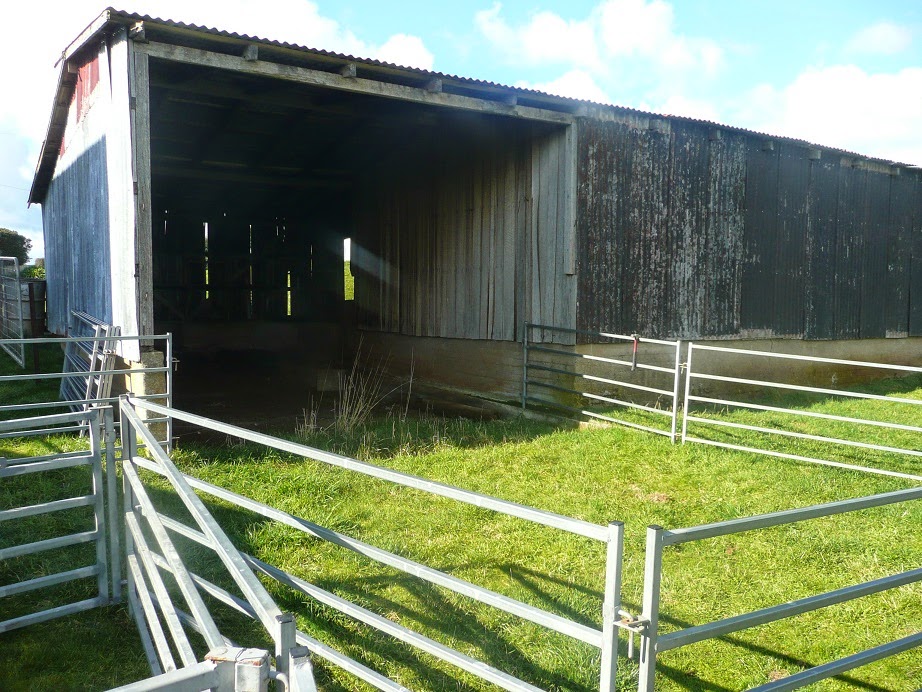 The cattle will be accomodated in the former dairy area. Cattle don't suffer from parasites to the same extent as sheep, and the backline applied in Dubbo should be good enough in this case.

They can be unloaded via this ramp if the truck doesn't have its own ramp. The tree in front is apparently an elderly plum tree. It's the biggest, gnarliest plum I've ever seen. 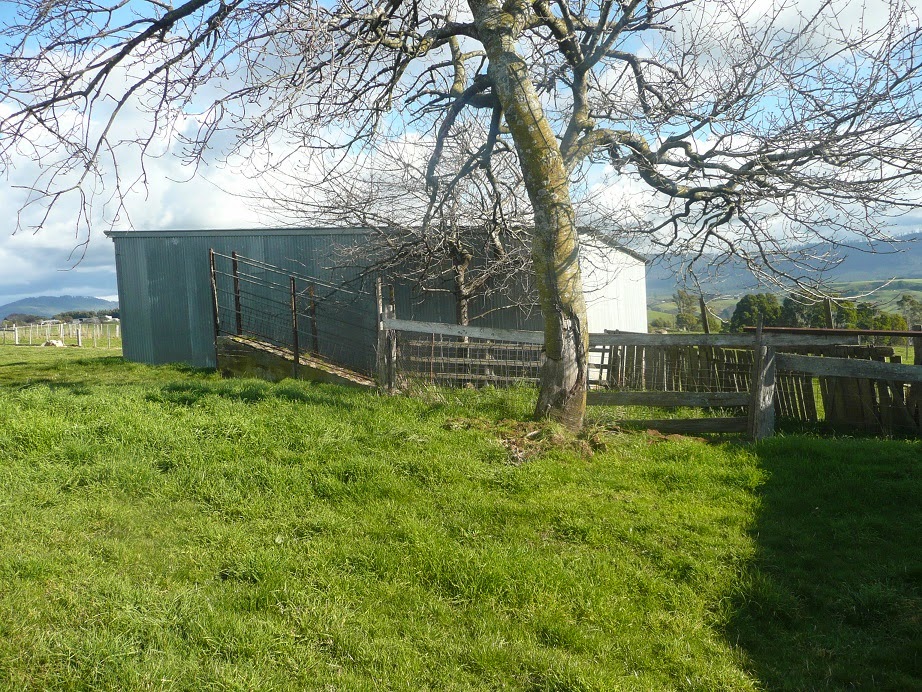 The sleeping area is this old calving barn. Dry, out of the wind and soft sandy footing. Apparently it used to be bedded two feet deep in sawdust when the timber mills were operating and sawdust was a waste product. At the end of winter it would be removed and composted. Finding a comparable bedding for at least one corner (only six cattle) will take some thought. 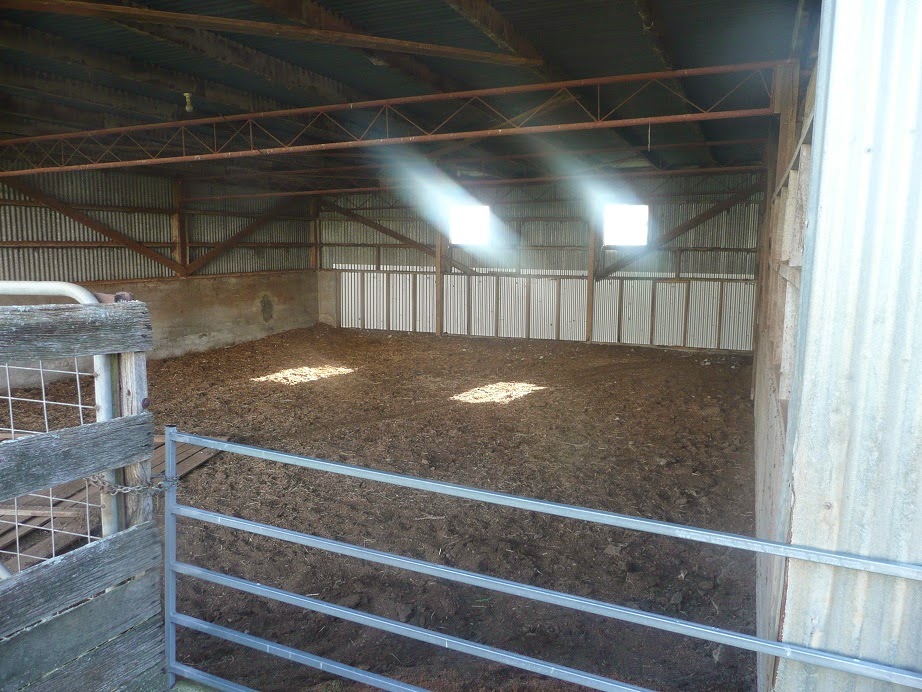 This is the feeding area. Connected by a doorway the cattle can come and go between the two. Hay is fed in the racks on either side, and the concrete troughs underneath are a good place for mineral blocks. The tubs are for grain or sweet feed, a few handfuls to bring them in at night. 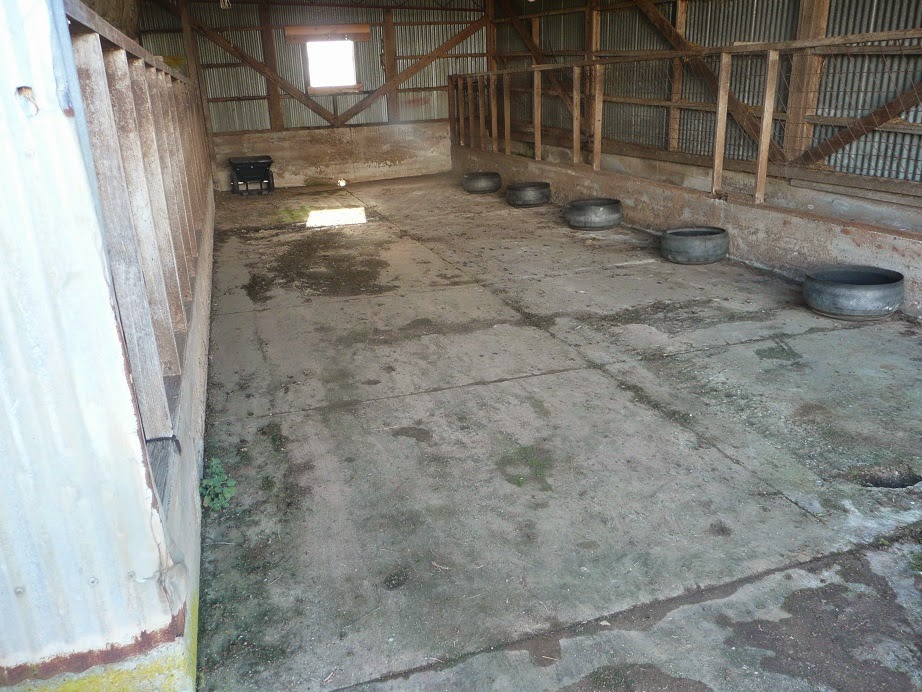 Looking back out from the entry to the feed area, a courtyard for sunshine and a water trough. They will be let out onto the grass each day once they are topped up with hay. All the concrete should help wear their hooves to a better length, they all could use a trim. Once they are used to the pasture they can come and go for water and hay as they please. 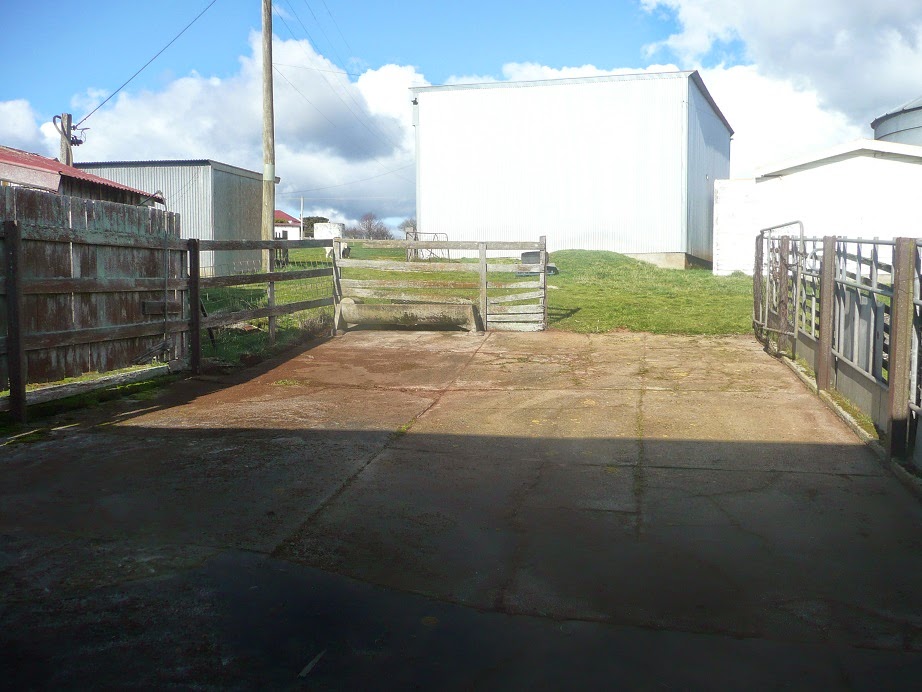