The unpacking continues. I would like to say "apace" but it isn't. I am a bit burnt out so I am doing two boxes per day. There is a finite number of boxes so I have to reach the end sooner or later. Right ?

Here is a about one third of the butchers paper, still waiting to be folded. I am doing an hour a night in front of tv. I think this will take another week to get through. Now I know where all our wood pulp is going ! 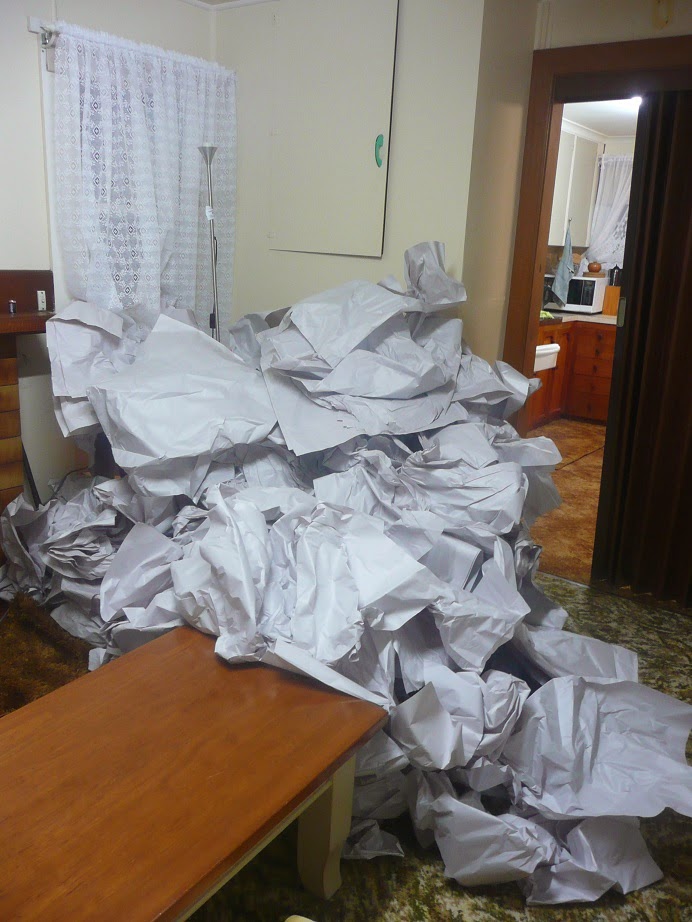 Cheri is about the same age as the other two cats (16 - 17 years old) but she is showing her age less. She has plenty of energy and has now become boss of the house. If I'd put some sort of cat bed in front of the heater her life would be perfect, but since it's in the kitchen she's out of luck. The floor is carpeted anyway. 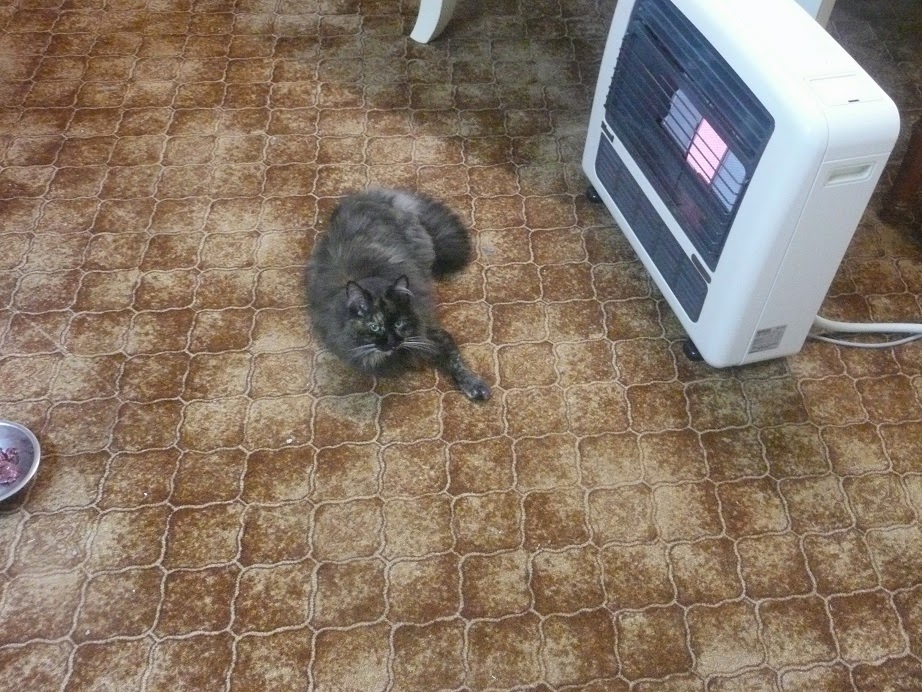 Today I started planting the orchard. This is the first tree to go in, an apple. Yes, I know it's an almost invisible stick, it'll get leaves soon. Or flowers, can't remember which comes first with apples.

I did four trees today and I think I overdid the hole digging. Two a day maximum from now on, soft dirt or not. Mind you, it's probably easier digging without Poppy wanting to inspect the hole after each shovelful. 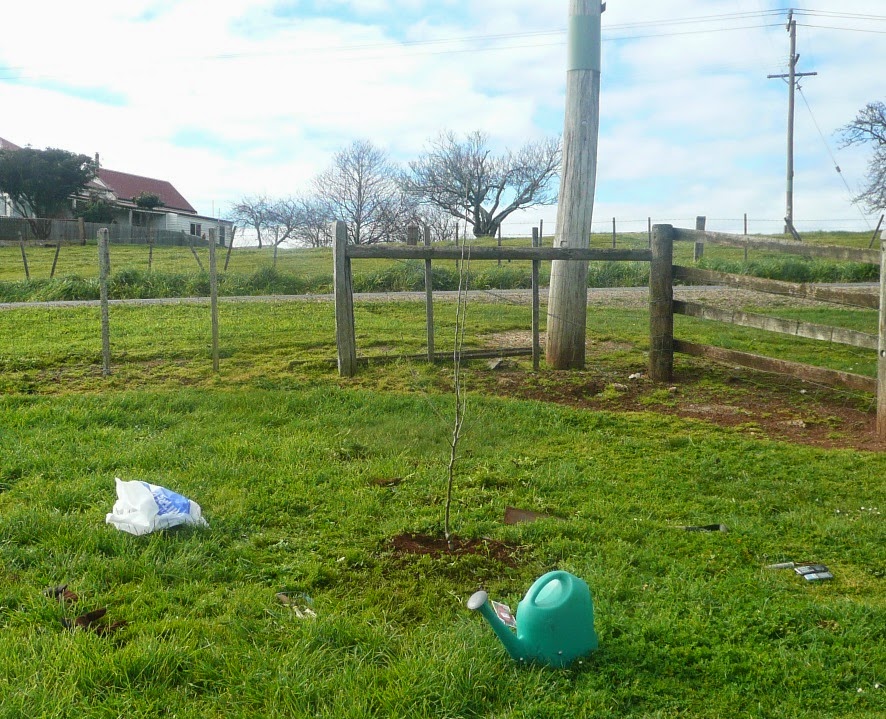 Now that the trees are in she can get on with guarding them. As you do when you are a guardian dog. Livestock ? They're alive aren't they ?

Plant next to Poppy on the left is a blackcurrent, the one on the right is a redcurrent, kinda over her head is a cox's orange pippin apple and the one at the back (and the first planted) is a pink lady apple. 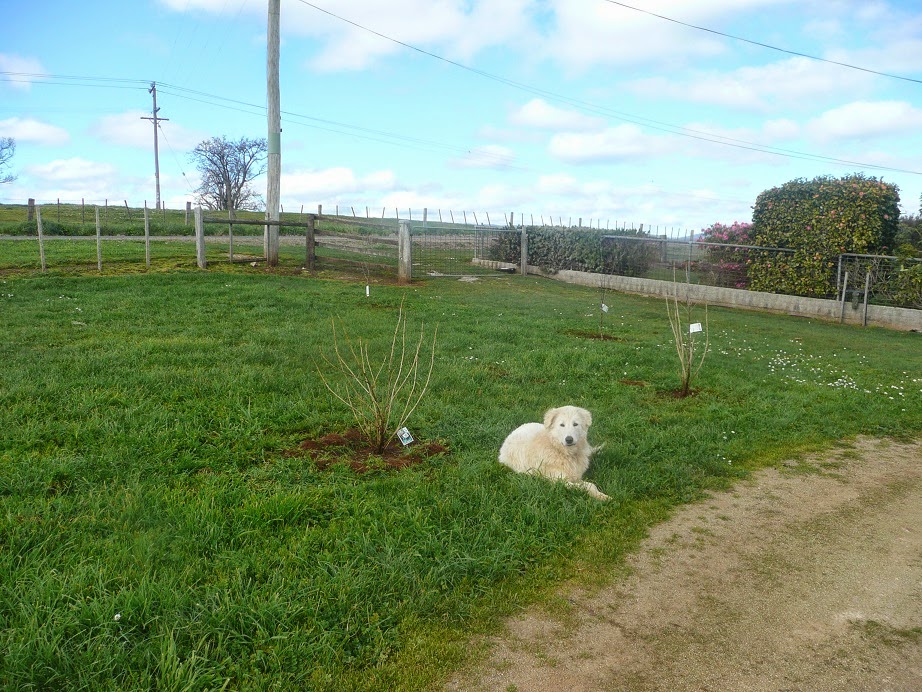