There's been a few developments since the last post. For one, we had the windmill repaired and now we are pumping water from the dam up to the vege garden tank and the "horse tank" which supplies the cattle at the moment. Both were virtually empty. 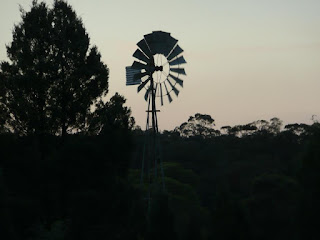 We've had some reptile excitement, a black snake in the house that escaped back the way he came, a bearded dragon that had been clipped by a car and was taken to the wildlife hospital at the zoo, and a carpet python that has been released into the feed shed to chase rats. 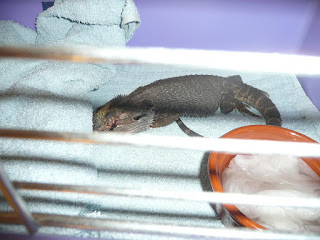 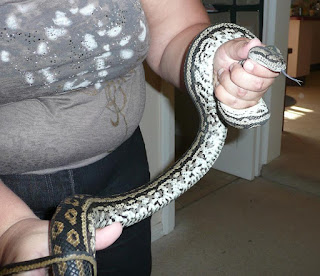 Carpet Python being held by the WIRES handler

The cattle are up at the house, the rented pasture having been eaten too low for them to get a belly full. It is an awful lot more convenient for milking, I now have a roof over my head and a shelf for all the doo-dads. 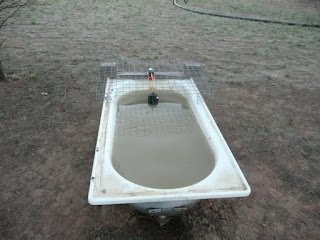 DH fixed up the cattle trough with a float valve and shield so the cattle now have fresh water without me having to fire up the pump twice a day. 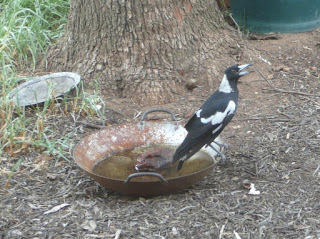 This magpie joined the visitors at the birdbath in the heat.

We had a brief downpour of 45mm in an hour that has the grass all excited. If we can get some followup rain we may even have a little pasture going on. We lost power during the storm, and therefore there was no house water pump. The rain was so heavy we took our showers on the front lawn :-)
Posted by Elnini at 03:04 No comments: