Eventually we closed in on the docks, a bit of "hot" and "cold" back and forwards and we were parked in the public lot with an hour to spare. 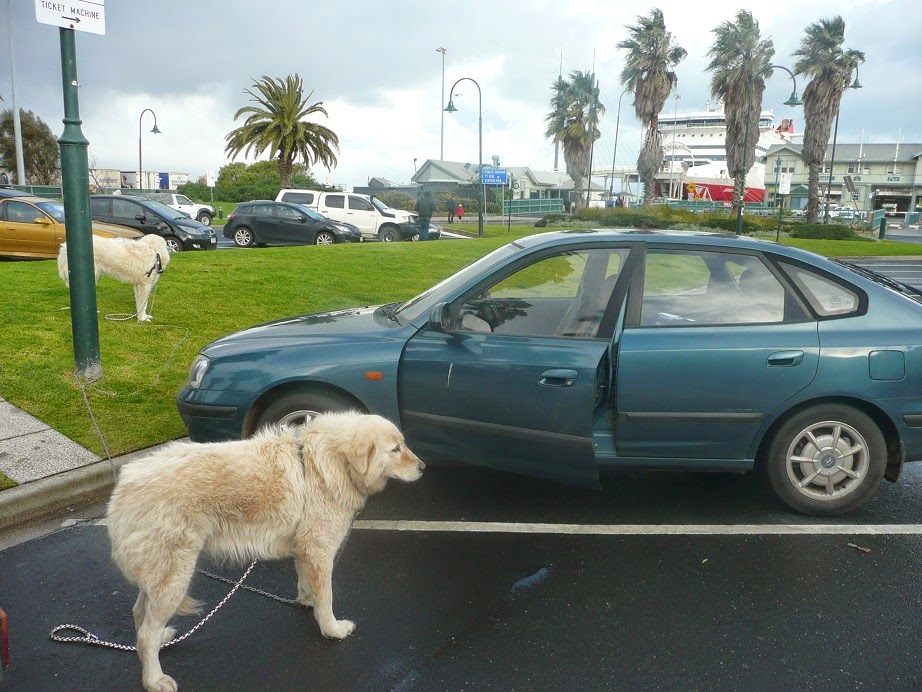 We cleaned out Willy's bedding hay (DH mulched the garden in the parking area) and put in his hessian bed to sleep on and gave him two biscuits of good lucerne hay to eat. Got the paperwork for the dogs and lamb out, emptied the jerry can into the ute's fuel tank and got rid of any apple cores or fruit. 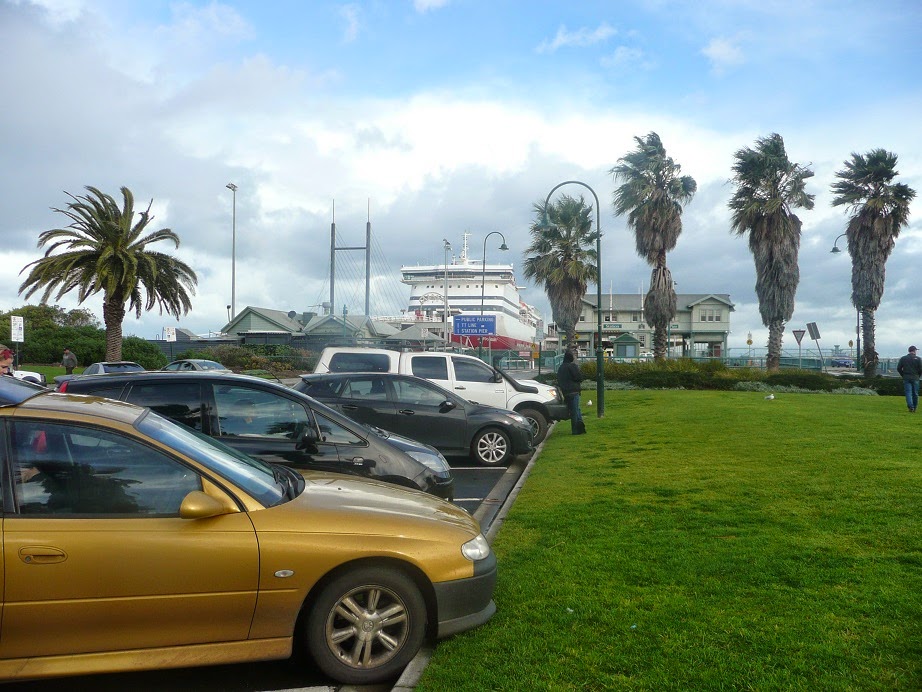 Just as we finished it started sleeting and hailing and the dogs and Willy decided the ute wasn't so bad after all. 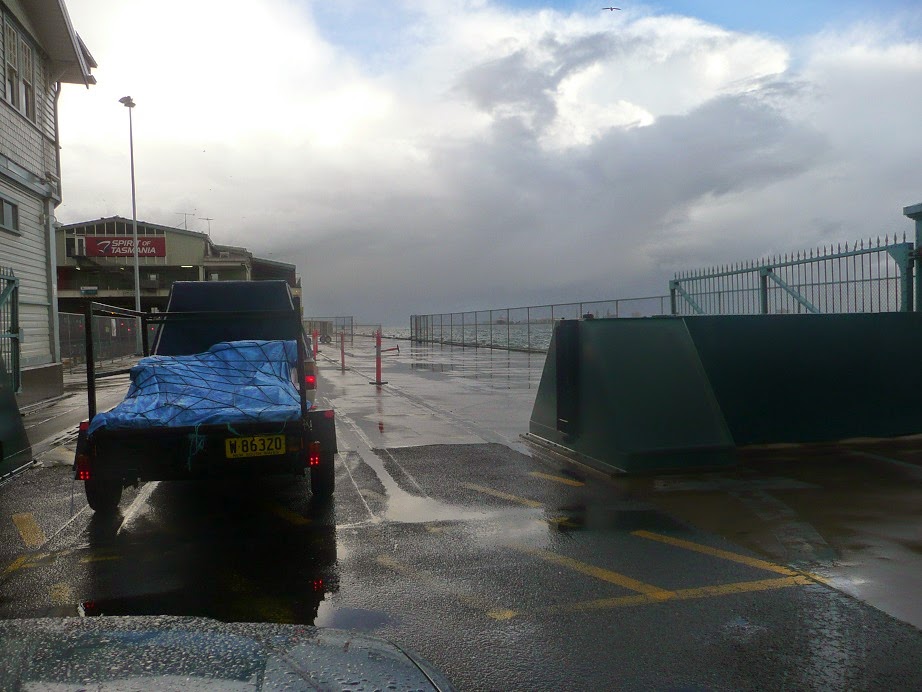 They opened the gates for the quarantine and security screening of cars at 4.30 and we started the process of loading 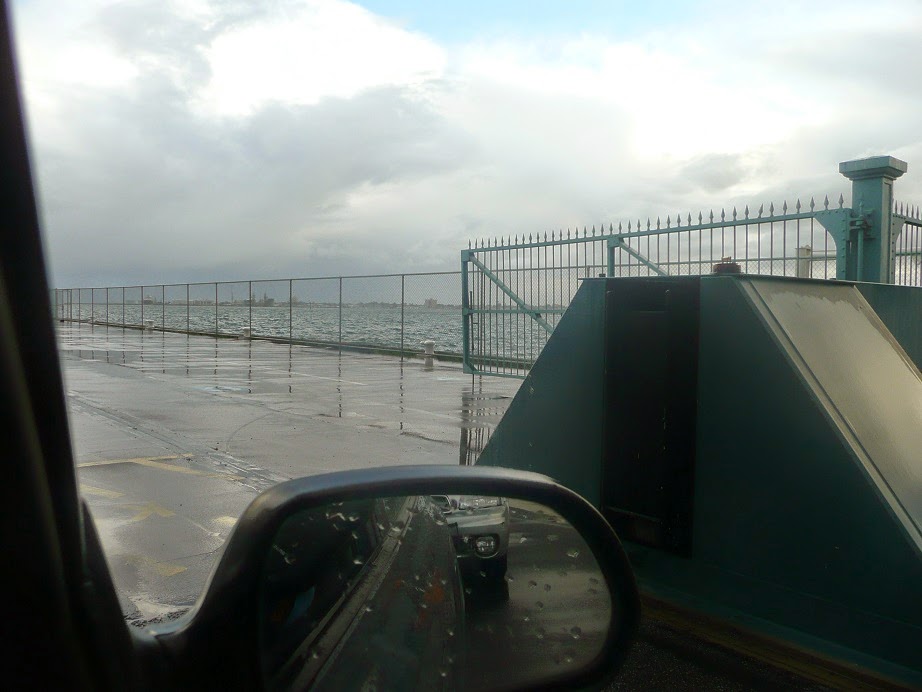 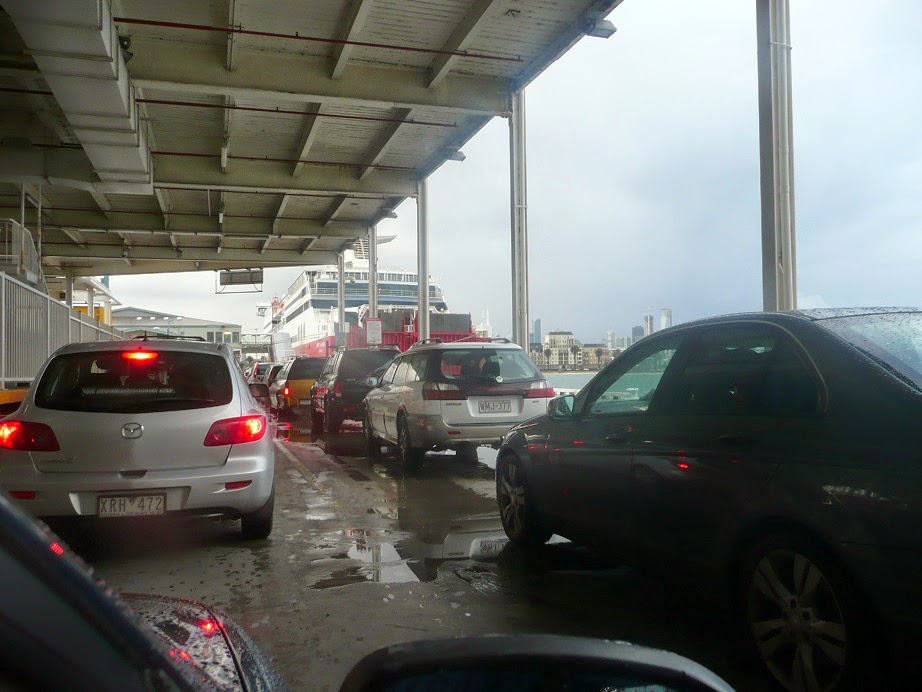 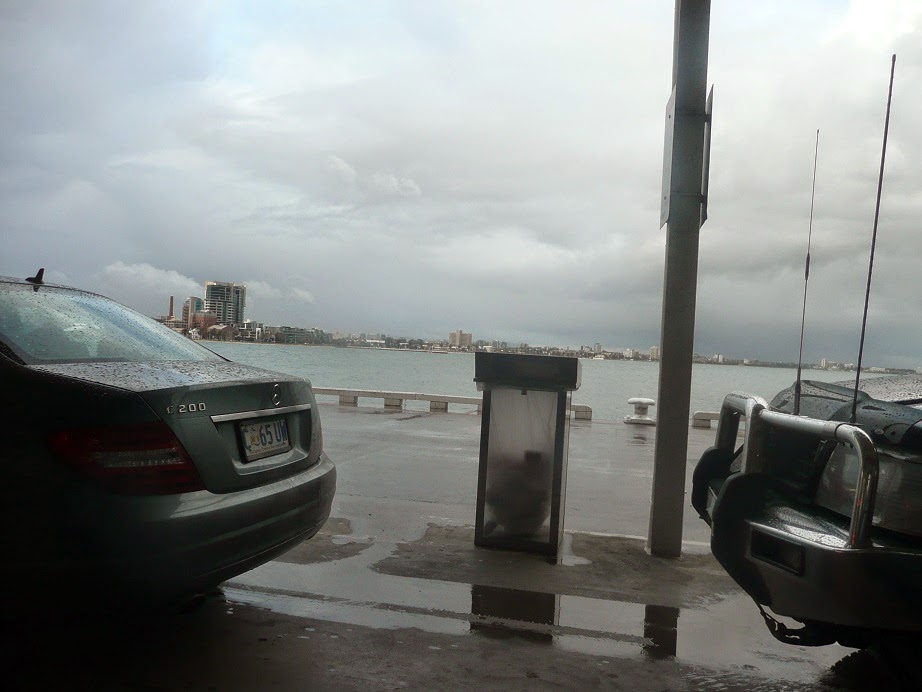 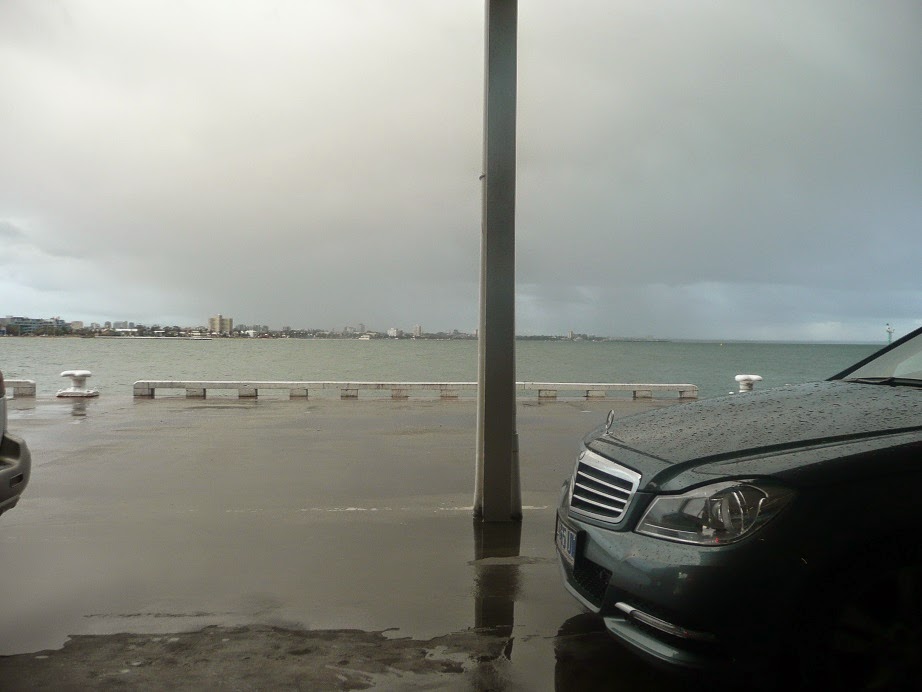 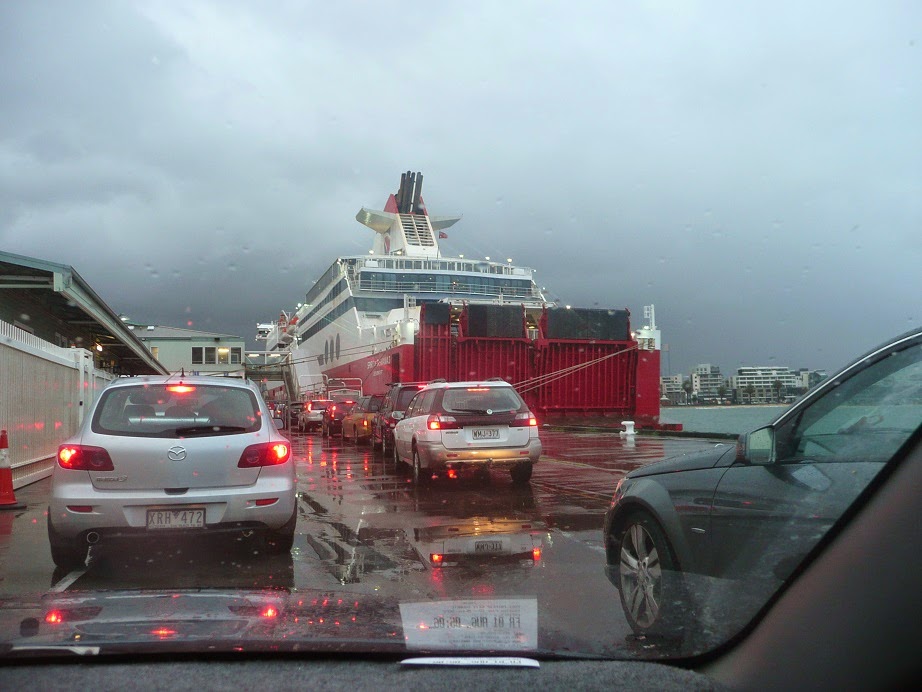 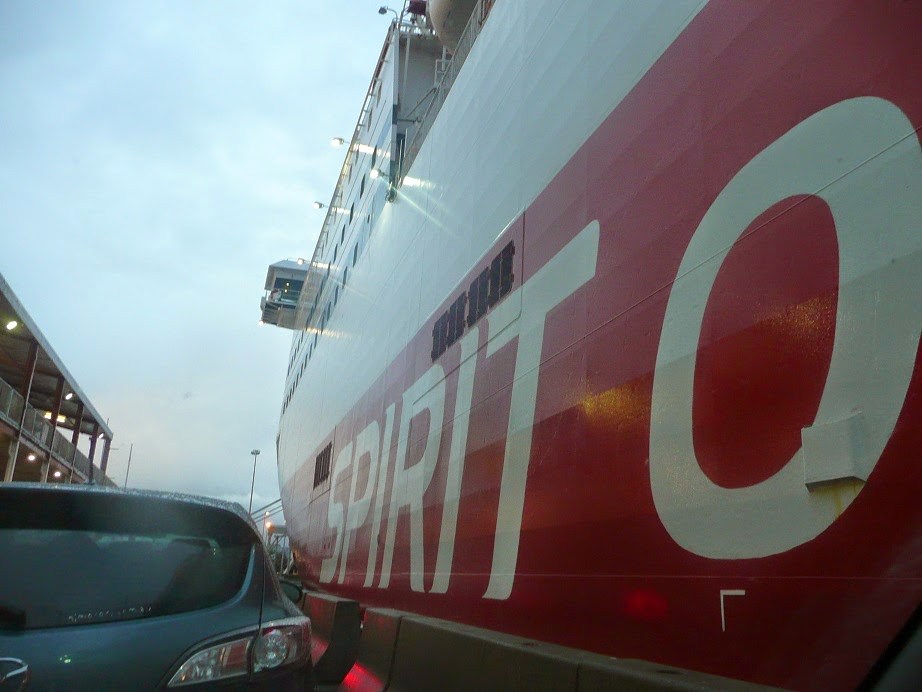 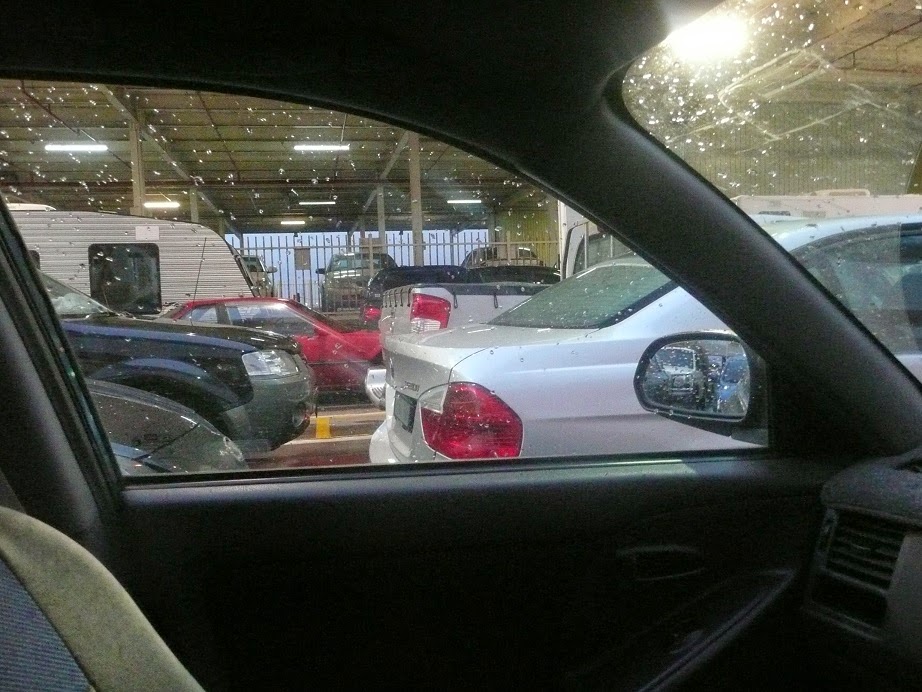 I was in the garage at the very bottom of the ship, and got through first and took our gear up to the cabin. DH put the dogs in their (small !) kennels and made sure Willy had all he needed on the kennel deck. He baad for a good half hour apparently, but eventually settled down. The dogs were very unhappy with the kennels. Poppy was trembling a bit :-(

We went upstairs and tried to make a booking for the nice restaurant rather than the bistro, and got put on standby. So we went and bought some Tasmanian beers and watched the lights of Melbourne slip by while sipping the beer. We got called in at about 8.30 for dinner and I had a tasting plate (pate, smoked quail, terrine, antipasto) followed by a fork-tender piece of beef and DH had a smoked salmon salad followed by a vegetable linguni. All Tassie produce, and I had a glass of white with the tasting plate and a glass of red with the beef, both Tassie wines. 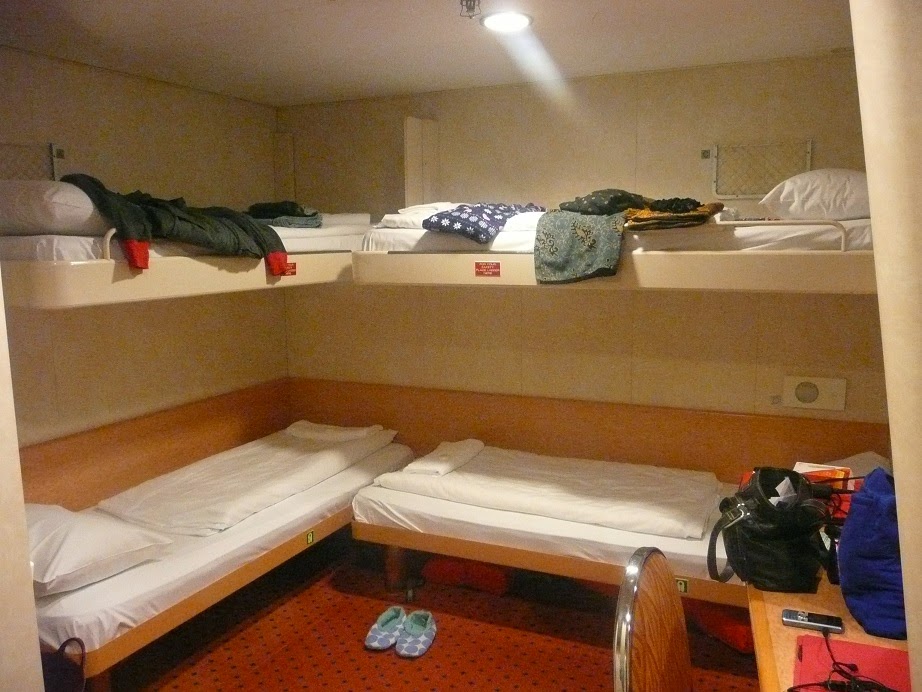 The sea was smooth enough that you'd never have known we were on a boat during dinner, and we got through the shower and into the bunks before we started to roll. Since we were laying down with eyes shut neither of us got seasick. We woke at about 5.30am and packed ready, then went up for a basic breakfast before going down to the cars.
Posted by Elnini at 17:01