They arrived just on dusk, so I was glad I had everything ready ahead of time. No photos as it was too dark, but here are some from this morning. 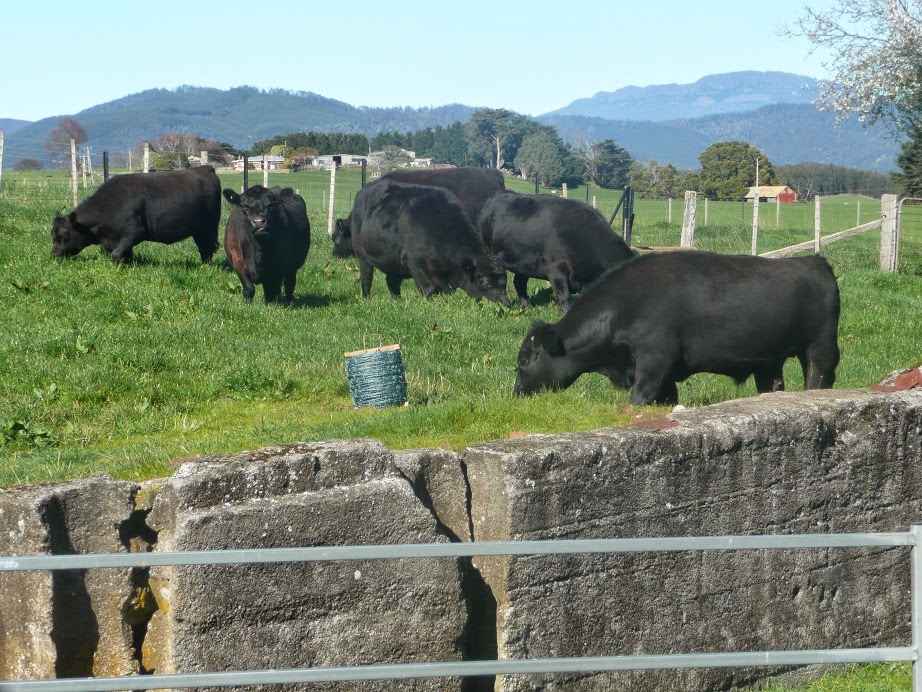 Having been brushed and backlined, and having had a good breakfast of hay, the cattle get to sample the grass. They are a bit shaggy and poopy, but with regular brushing their coats should get shiny again. 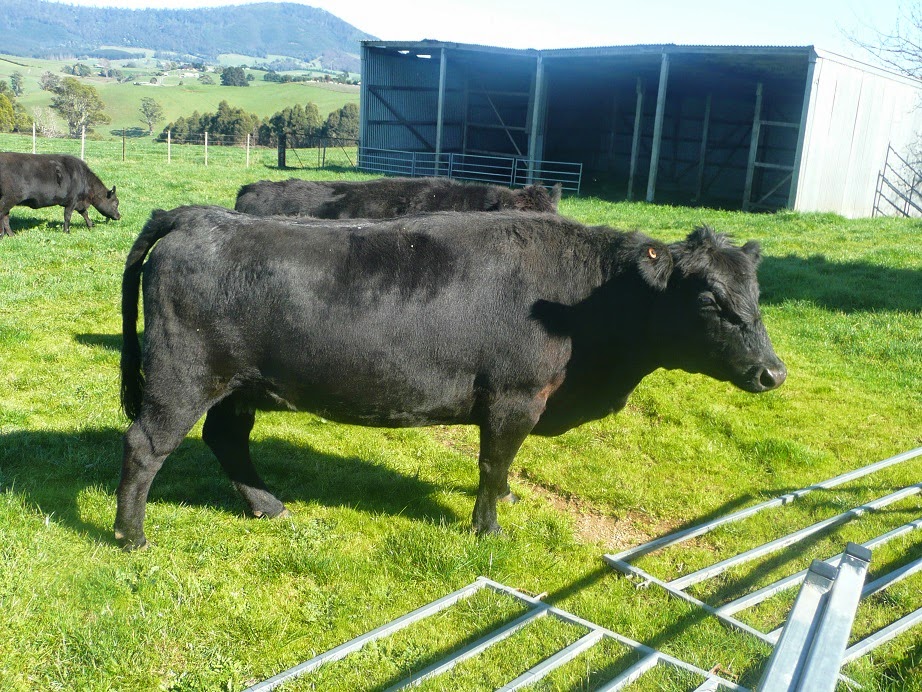 Big Moo has lost some weight and a little bit of skin and hair, but she is still my beautiful herd boss. 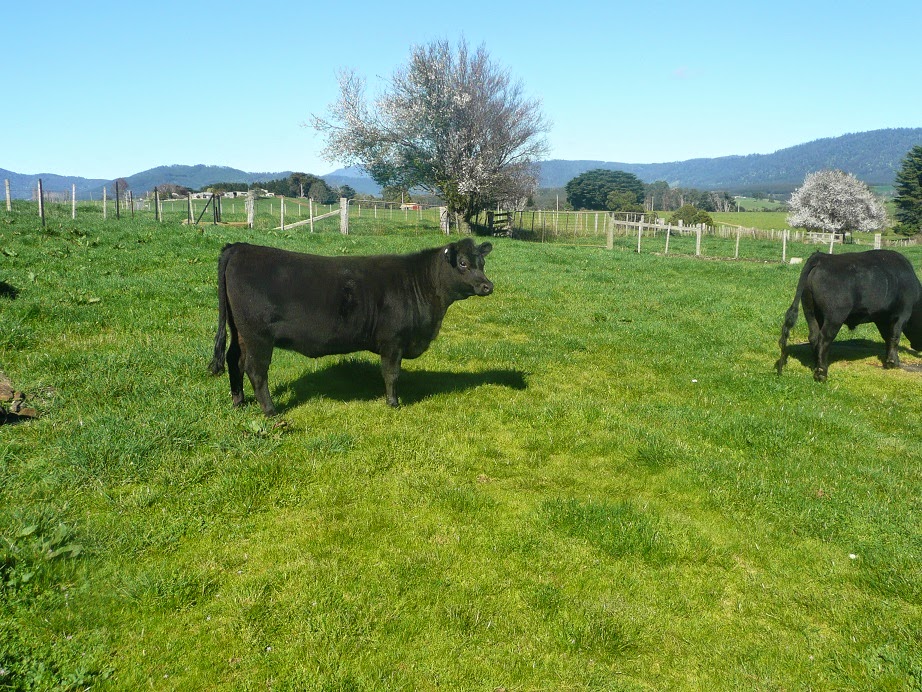 Little Sieka is now about a year old, I look forward to getting back into the training routine. Leading, picking up feet and basic milking manners.

The sheep come with three lambs. Molly had twins before we left, one has been sent to be bottle raised. The other, a little ewe lamb called Bella, is doing fine on mum. 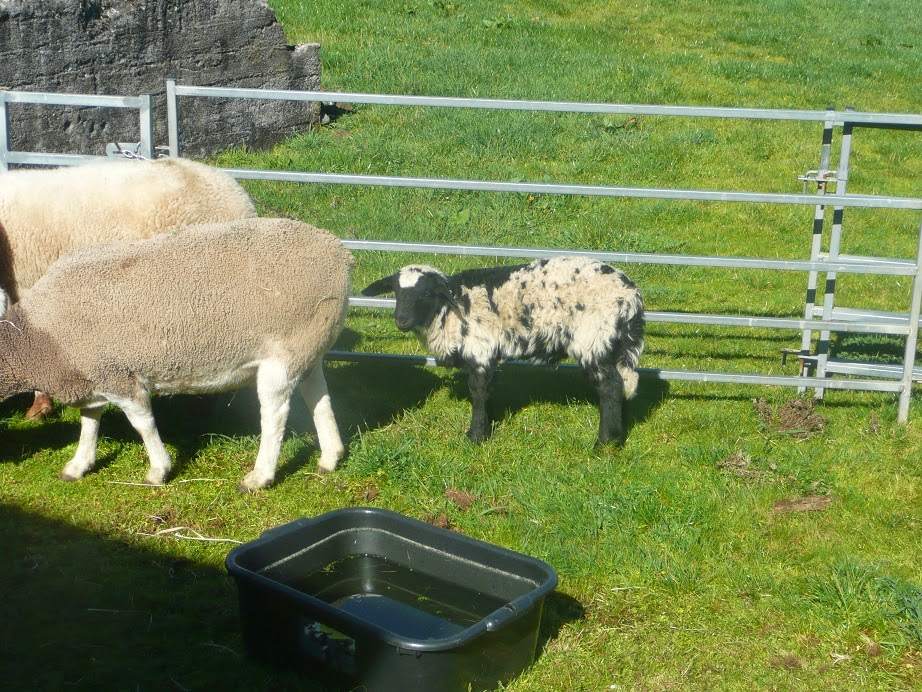 This fancy lamb is Emmaline's. A ram lamb, name of Shiney. Have to see if there is any demand for awassi genetics down here. Going to be a very impressive little boy I think. 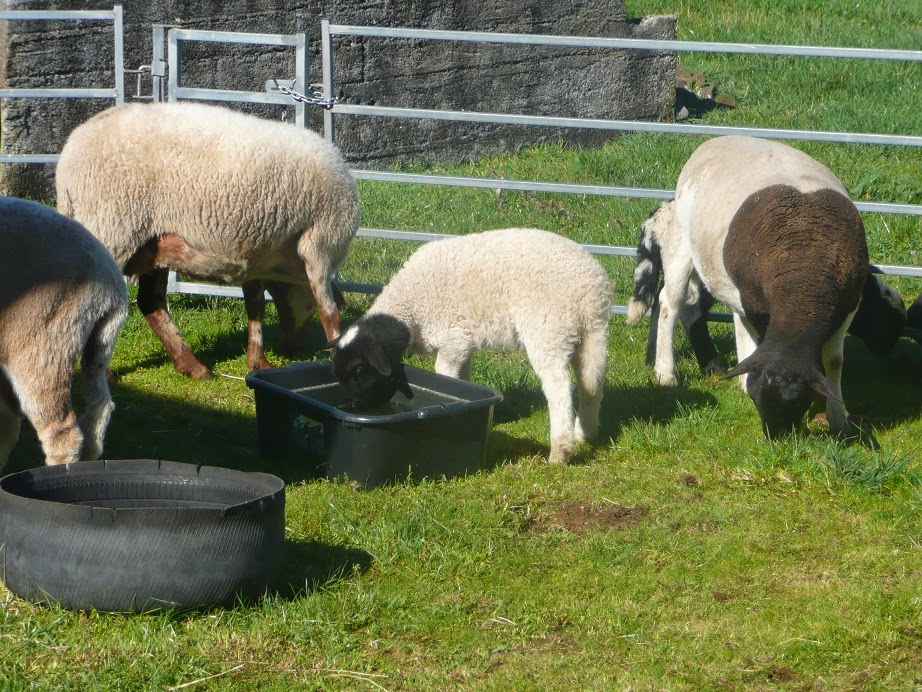 And this little one is Cleo's lamb and I think a ewe lamb. Already taller than Bella, Cleo throws tall slabby lambs, laid back and solid. If it is indeed a she, the name is Nefertiti. 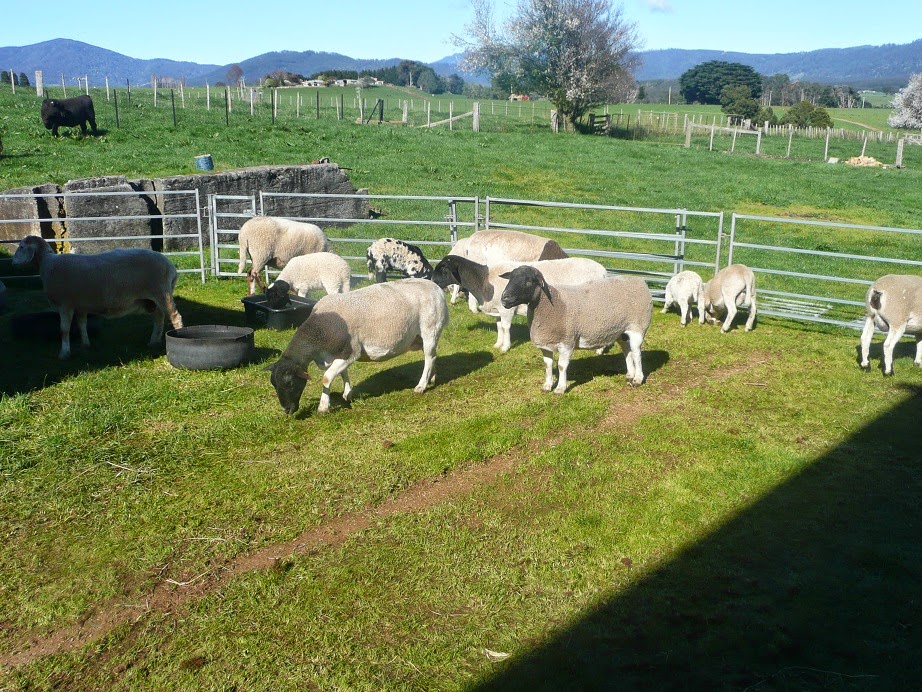 Checking out the new digs. They've already eaten the grass in the pen, lucky for them it's a portable pen and they will get new grass every day.

Staff from Elders in town came out and gave them an injectible wormer that will give them three months protection while they acclimatise to the pastures. Very much appreciated as I wouldn't have been able to inject them on my own, DH being in transit back from Dubbo.

Boof is feeling the effects of the long journey and is holed up in the shelter. He's had a dose of aspirin and is tucked in hay, so hopefully he'll rally soon.
Posted by Elnini at 03:58