We've done a bit of consolidation this week, getting set up rather than new building. First off the mark was the sheepyards so we could check and trim the sheep's feet. In the damper climate and softer soil we've been told that dorper hoofs, designed for dry rangelands, can overgrow. They weren't too bad, all things considered.

We also set up the feed room and animal husbandry area in the old cutting room. It has a concrete floor, and power, lights and water. Everything needed for preparing medications, mixing feed or storing gear.

At the front of the yards you can see the tipper, which rolls sheep over with their feet in the air. In the foreground the well padded sheep graze an area delineated by the smart fence. The fence is moved each morning to give them a new patch of long, lush grass. 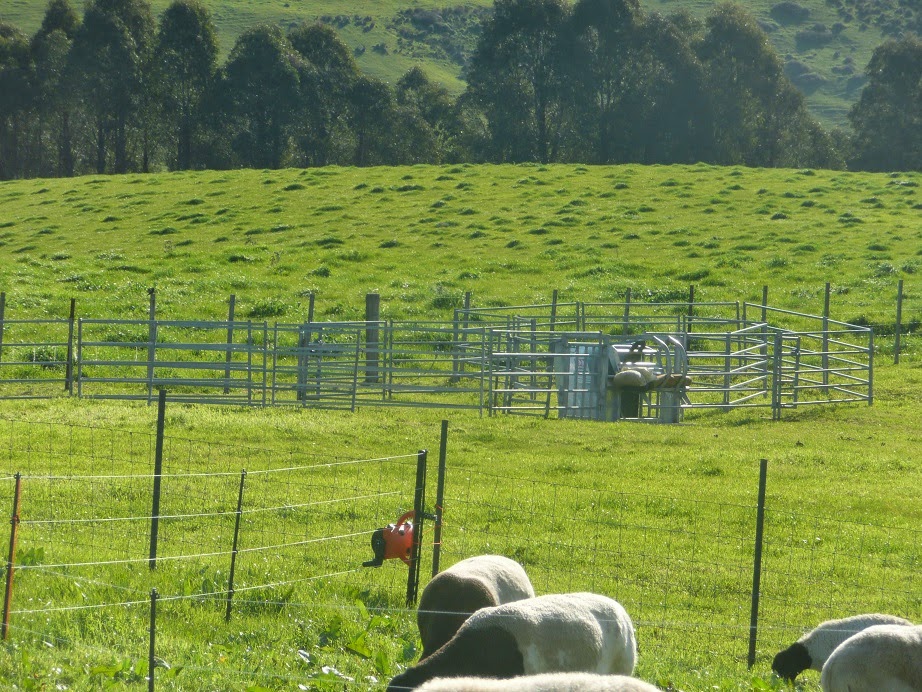 DH decided to mulch the orchard, to give the young plants less competition from the grass. First stage is to exclude the light using cardboard, which should break down as it rains. We will then use something like sugar cane mulch to keep the grass down in the first year. Once the trees are bigger the proposed geese should graze around the orchard and keep the grass trimmed. 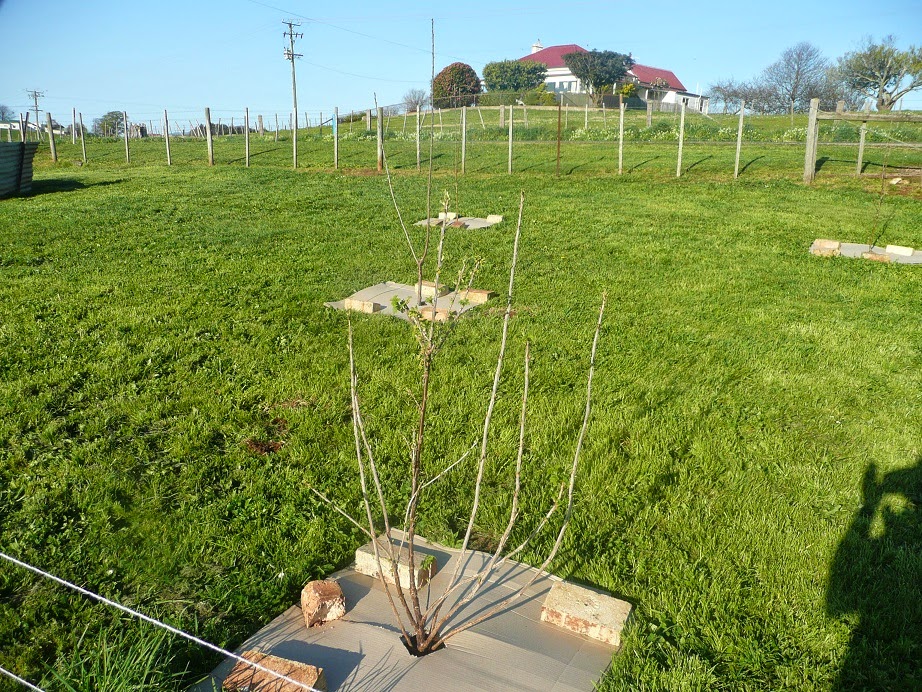 I've been cleaning the cow accommodation and gathering the manure and waste hay in anticipation of the garden prep. It should compost fast in the damper weather. At Dubbo it simply dried out and mummified...

This is our new second hand Cub Cadet mower, while it doesn't have the character of old Methuselah, it does pull my little trailer and it is a cheerful colour :-) 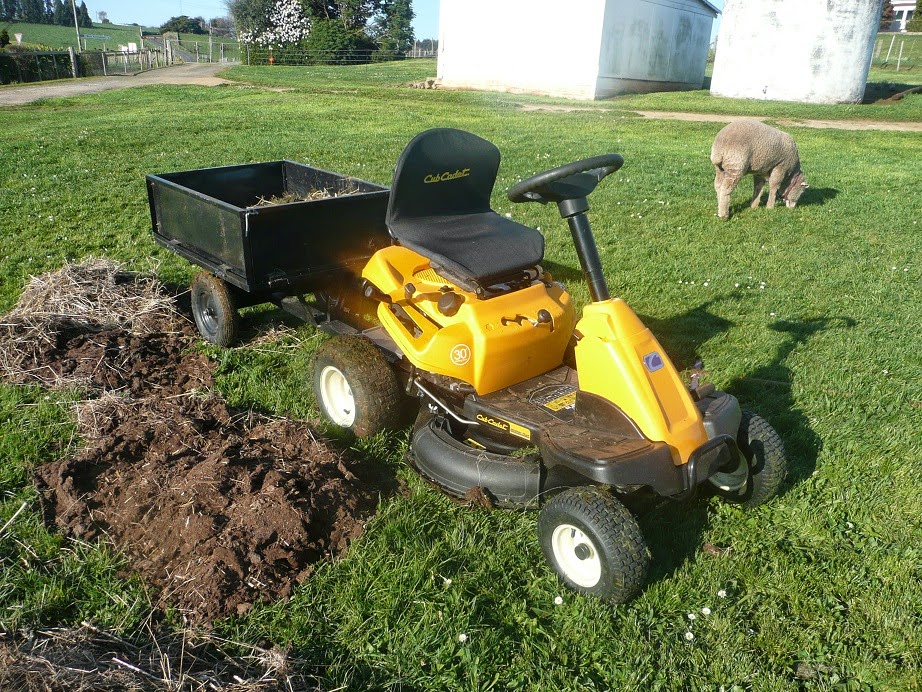 Next door is a dairy and the cows come down the laneway each afternoon to new grazing. Here are some of the first finished milking. A combination of friesians and jerseys and crosses of those two I think. It's nice to see them grazing over the fence. 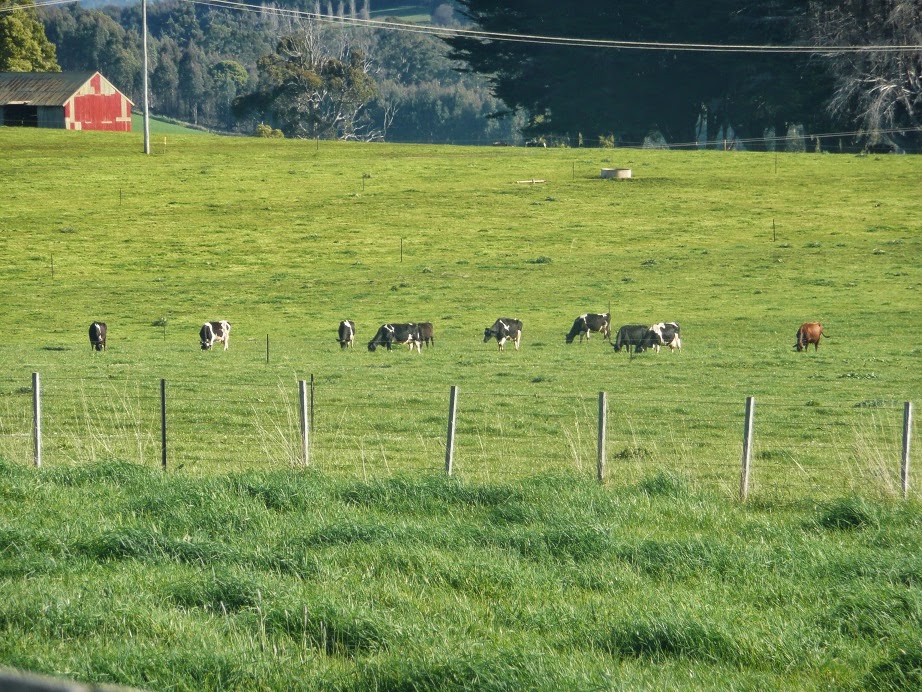 The current tenant of the other house (right) and DH (left) working on a mower. It took a while and the mower didn't end up ever working, I think it was more an excuse for a natter.

I think the unusual light in this photo is a result of the reflection of the sun off the white wall of the house. Gives the scene a bit of a glow. 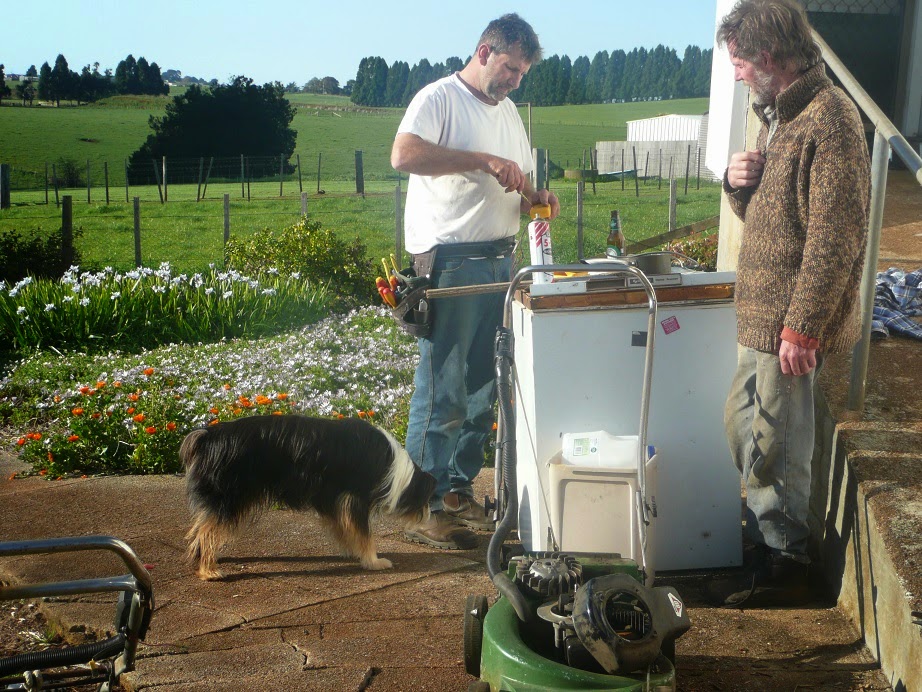 This is the tenant's dog, Ellie. I think she is some kind of english sheepdog. She certainly has an obsession with the sheep. She and Poppy spend hours playing and running every day. Ellie is faster and more agile so Poppy has learned to cheat and cuts the corners of Ellie's big circles to keep up. 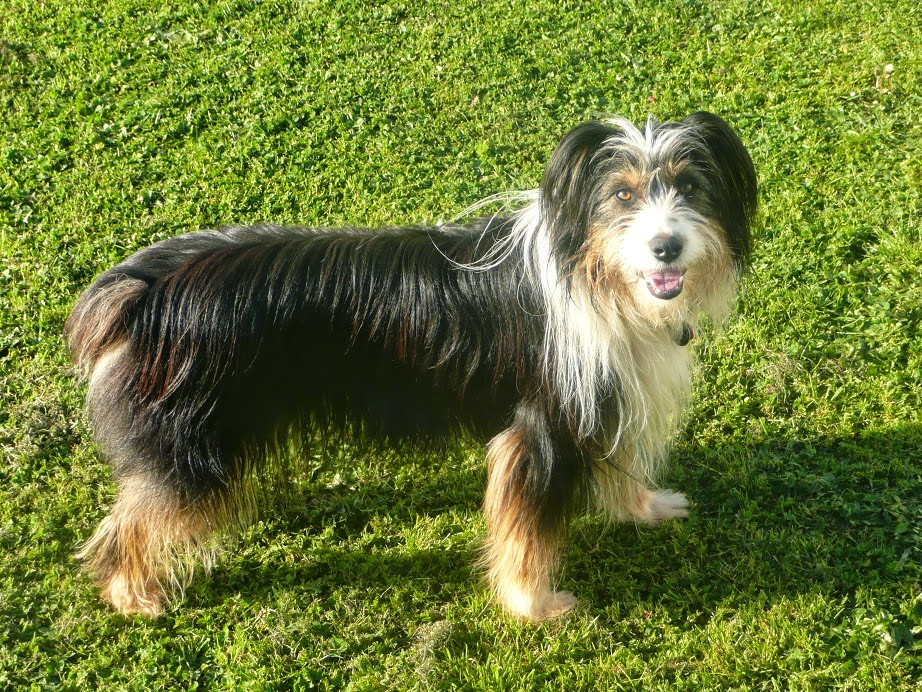