Little Moo went to Boot Camp today. He's gone to the lowline farm in Trangie to room with the other little steers and get primped and preened and practiced for the Narromine Show next weekend. No, it's not the Hoof & Hook competition, he's just going in the led steer class for the kids. He's very dubious about the whole thing, but has a six week old calf buddy to show him the ropes.

Burke & Wills have now laid four eggs up in their new digs. One got frosted and one broken, the other two appear to be hidden under a pile of hay. Either they got careless and lost them or geese cover eggs to keep the temperature stable. I don't know enough about geese to venture a guess either way. They are not the brightest of creatures, it will be interesting to see if they manage to hatch a clutch.

At least they now have a paddle pool in their quarters, which should keep them out of the stock water tub. Burke got stuck in it yesterday and I had to dump 50 litres of water to clean it out.

Big Moo has made a bit of  a mess of her ear. She popped her white NLIS tag not long after she moved here and I replaced it with an orange secondary one. Last night she caught the orange one on the round bale holder while trying to walk it across the paddock and it didn't come out as cleanly as the other one. There aren't any flies around yet, but I'll keep an eye on it.

DH is out at the moment  mopping up a grass fire. It seems that some kids on motorbikes lit it up around dusk. There's so much moisture around at the moment that it had sputtered out by the time the fire truck got there. It'll be a different story in summer though.

I've chosen the bull that I'll be using to AI Big Moo and my new purchase, a five year old lowline called Flora. Flora and her current six week old bull calf will come here in the next month, the little guy will go back to Trangie when he is weaned.

You can check out his scores here : Bull Proof 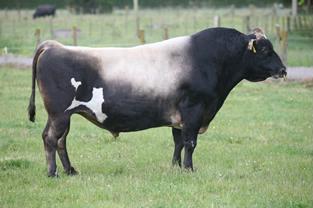 
The catalogue says "Zeus daughters have exceptional udders and very desirable temperament. Excellent Somatic cell score, OAD index along with A2A2 status should make this bull desirable to Jersey farmers or anyone looking to cross breed."

He has the best udder index in the catalogue and the best temperament scores. He also throws small framed cows, all good ingredients in a house cow. The somatic cell scores mean they are less likely to get mastitis and the A2A2 means the proteins in the milk are the newly popular A2 which is supposedly more digestible, the same proteins that are in goat milk instead of the ones in modern commercial cow milk.