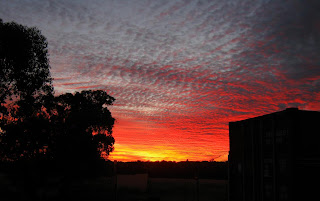 Feeling a little under the weather. Not sure if I have a persistant cold or something stress linked. Taking honey and cayenne pepper for ulcers... surely aloe vera juice would taste better ? I will give it two weeks then try and find the juice if the cayenne has made no difference. I'd try apple cider vinegar, which is credited with curing everything up to and including sunspots (why aren't they treating global warming with ACV ?) except I drank it neat by accident one night and ... I was throwing up and coughing and trying to breathe only to suck in fumes... Still not quite back with the idea of drinking it on purpose again, even mixed with honey and water. 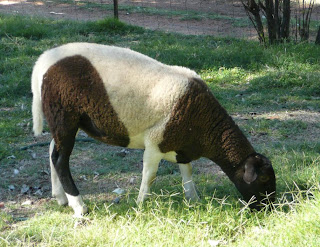 Looks like Poppy is making up an udder. Poppy is one of the "Medea Clan", the girls descended from my lead milker, the herd matriarch. Poppy has no fear, she is very certain of her place in the universe. And it seems to be at the very top of the pecking order.

When she was born her mother's teats were positioned very low, Medea has short legs and a big udder and it seems Poppy couldn't locate the teats. She was born at 7pm, and by 7am was limp and weak. I bottle fed her at 7 am and had to trickle the milk down her throat. At 9 am  she drank avidly. At 11 am we penned her mum and showed her how to get down on her knees and drink. We did the same again at 1pm and she never looked back.

Perhaps because she was hand fed when she needed it most, she has never had any fear of people. She would go to sleep on my lap, or even being carried to and from the pen. She can be picked up and patted all over, and just fronts up to any visitor expecting to get affection. It's contagious, people just love patting her.

She dominates the steers, they gave up trying to move her out of their feed tubs as no matter how hard they pushed her she simply gave with the movement and returned instantly to plonk her front feet in the food. If there is mischief to be had, she's the ringleader, but never in a wicked way. Poppy just gets right in there because she expects the world to work her way, and astonishingly it mostly does.

I'm not sure if she is smarter than Lassie or dumber than a box of hammers, but whichever it is, it works for her.