We co-ordinated with our over-the-road neighbours for some roadworks. The little bobcat is about the most useful machine I have ever seen. Apparently you can get something like 80 or 90 attachments for it ! The experienced operator had it whizzing around like a polo pony. 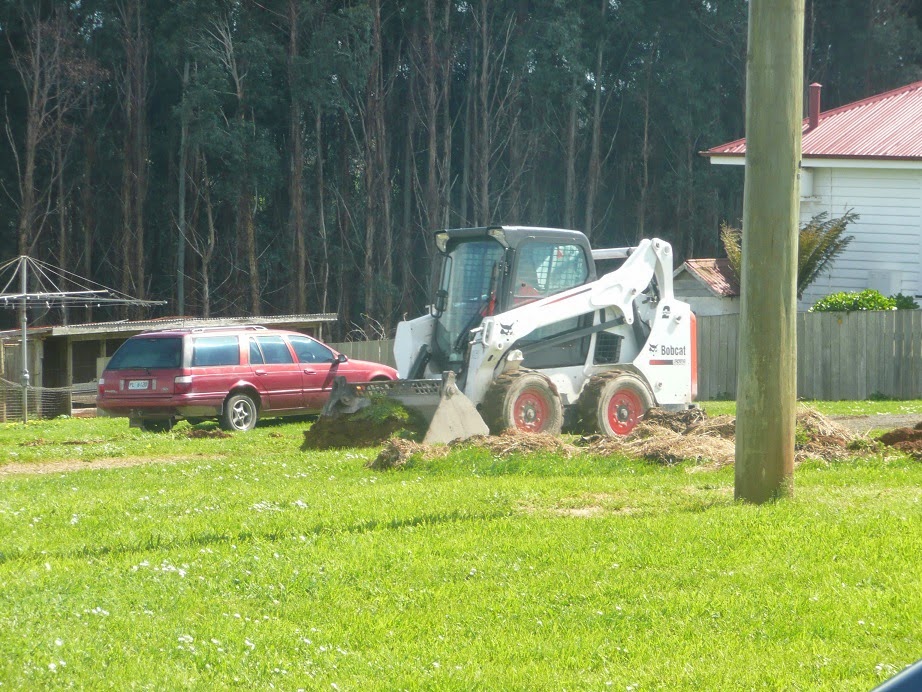 26 ton of sand and 26 ton of gravel, delivered by the neighbour who works for a truck company. He emptied the back trailer first then tucked it to the side so he could empty the forward section. 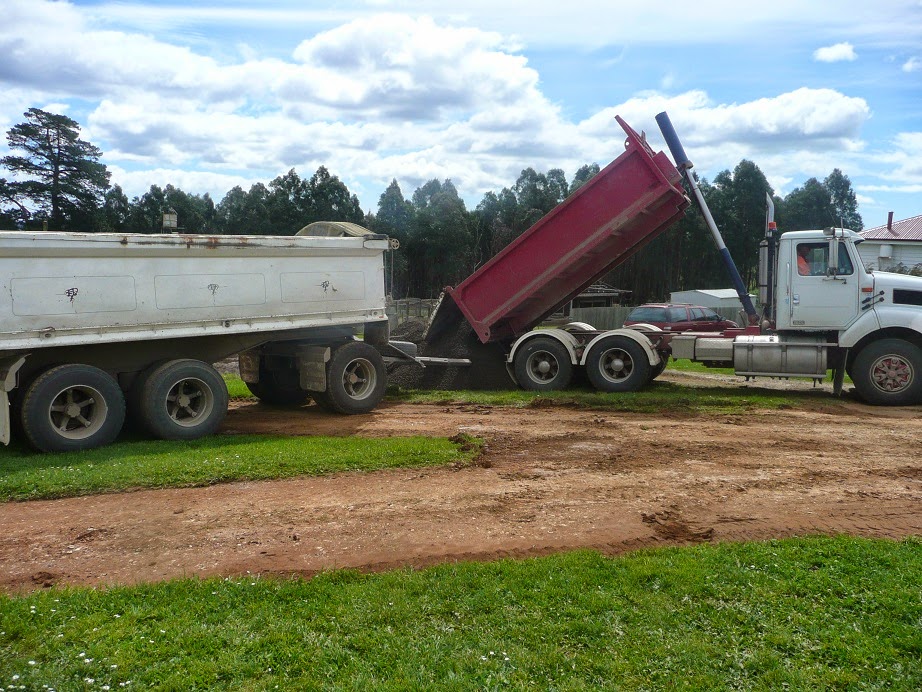 The end result. The red areas are where he lifted the overgrowing grass off already gravelled areas, which were most of the shed accesses. I think there are a few more formed drives on the place so we may get him back for half a day once we've identified them. The grey sections are where the sand and then the gravel were laid once he'd graded the ruts out. 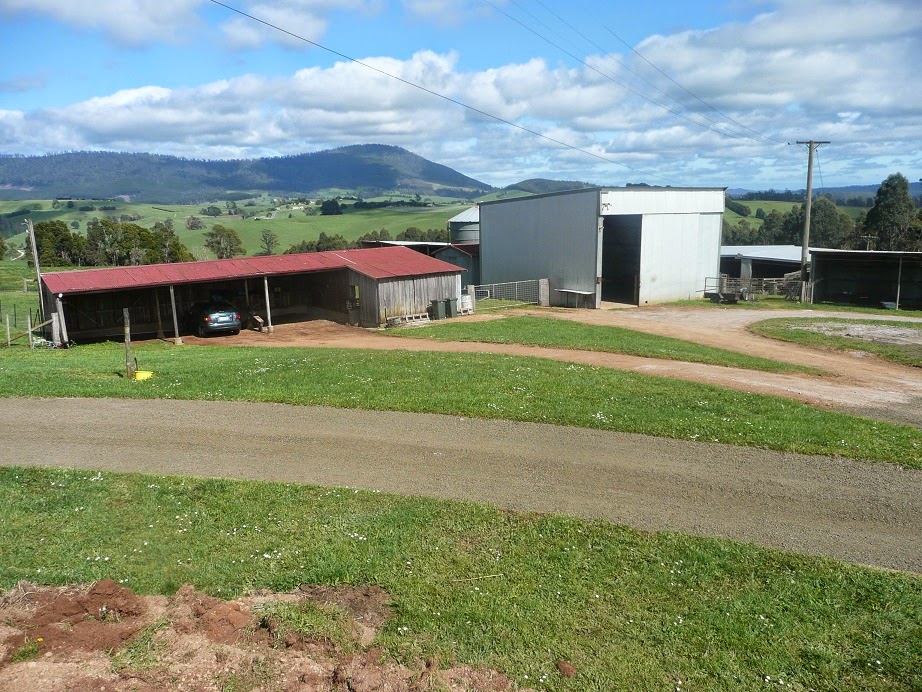 The removed turf added up to quite a pile, it will be mixed with manure and waste hay from the cowshed and used to fill the raised garden beds for veges. In the meantime, it's Poppy's command post. 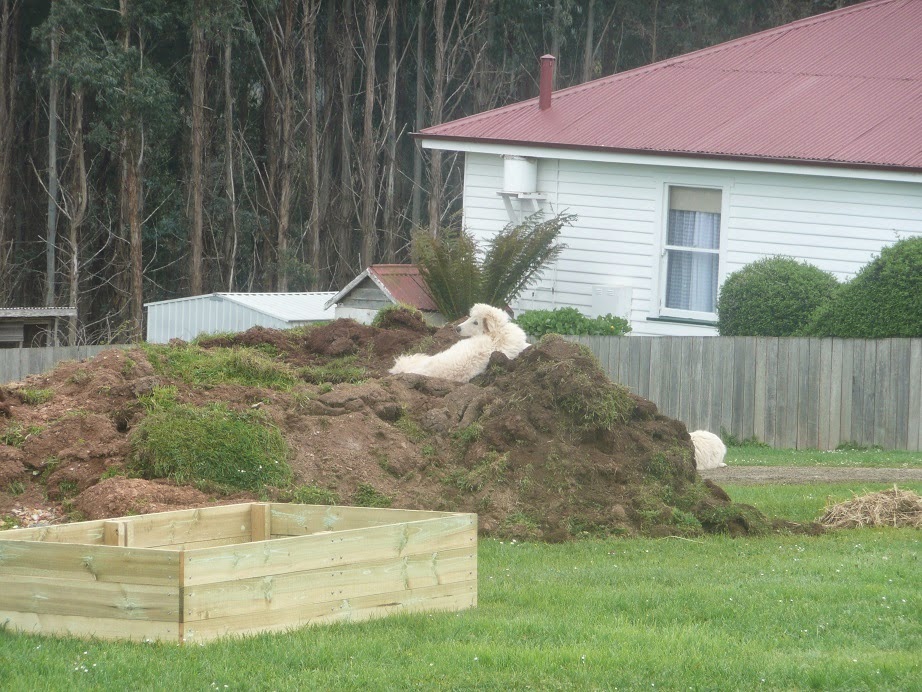