This past week I purchased two lowline cows. Di and Daphne had been running with a bull for 18 months and not calved and the seller suspected his bull was a dud. They were delivered on Tuesday afternoon and seemed to settle in ok. 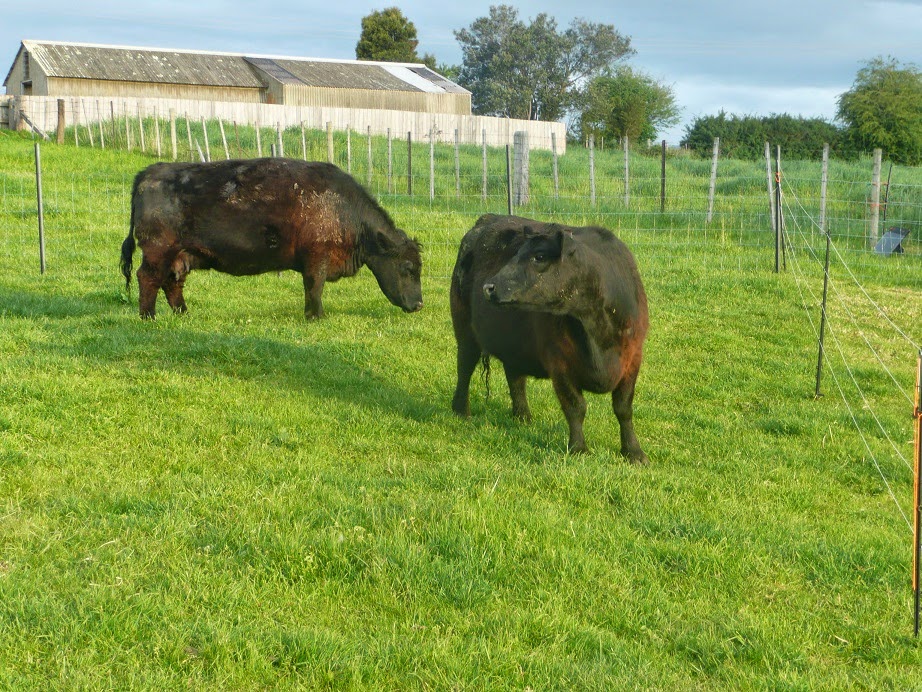 About the middle of Wednesday afternoon I noticed a commotion among the sheep and went to investigate. 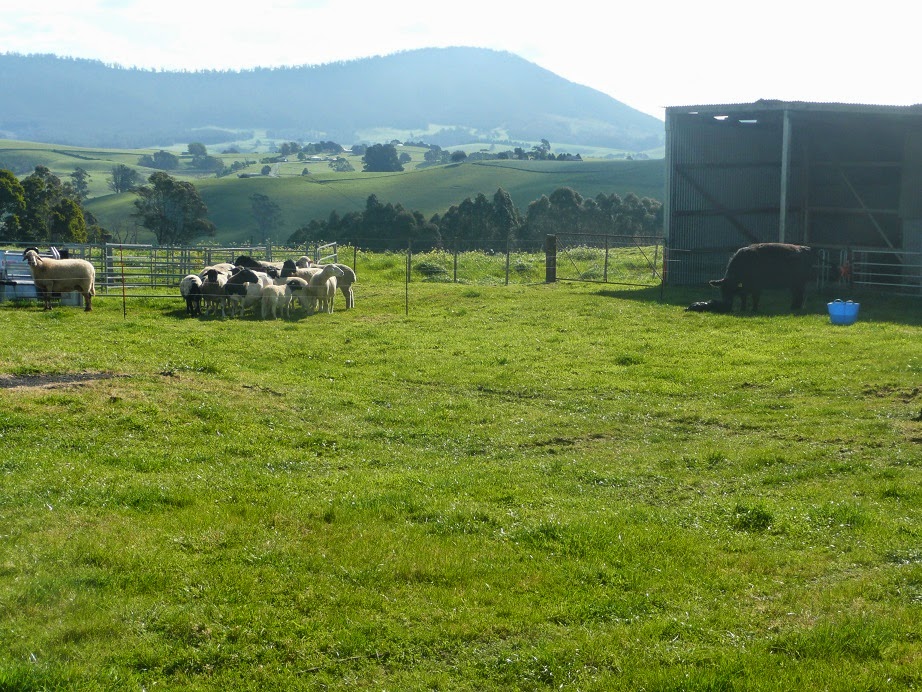 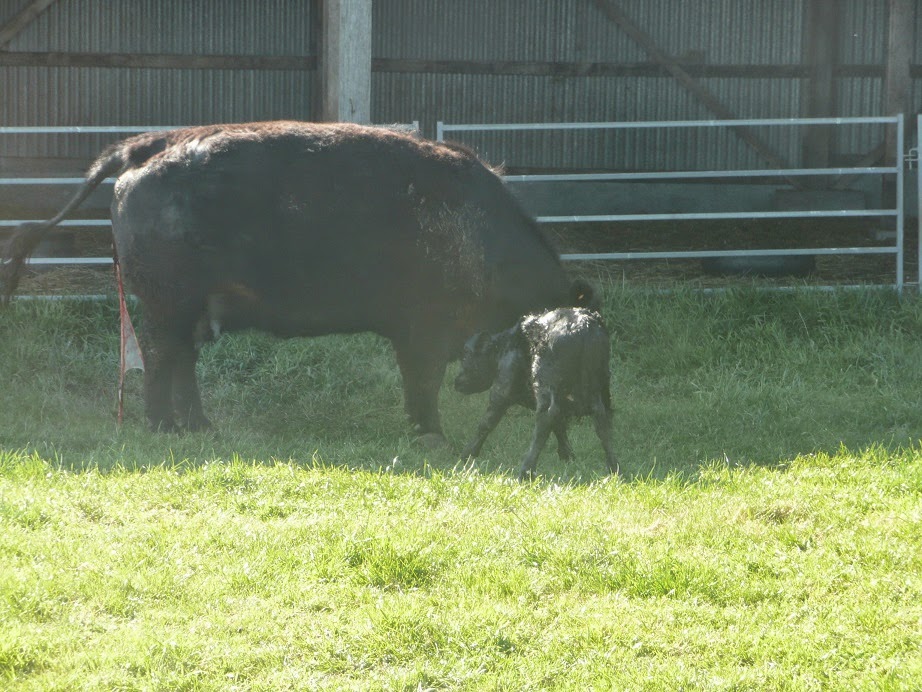 A little wet black bull calf ! I was able to watch the birth from a distance and all went smoothly until he dropped out, he fell tangled up and his head was tucked underneath him. So I sidled over and sorted him out and it wasn't long before he was up on his feet and wobbling around.

By the time he was 2 hrs old he'd figured out how to get under the rope fence behind him and (the actual smart bit) how to get back! 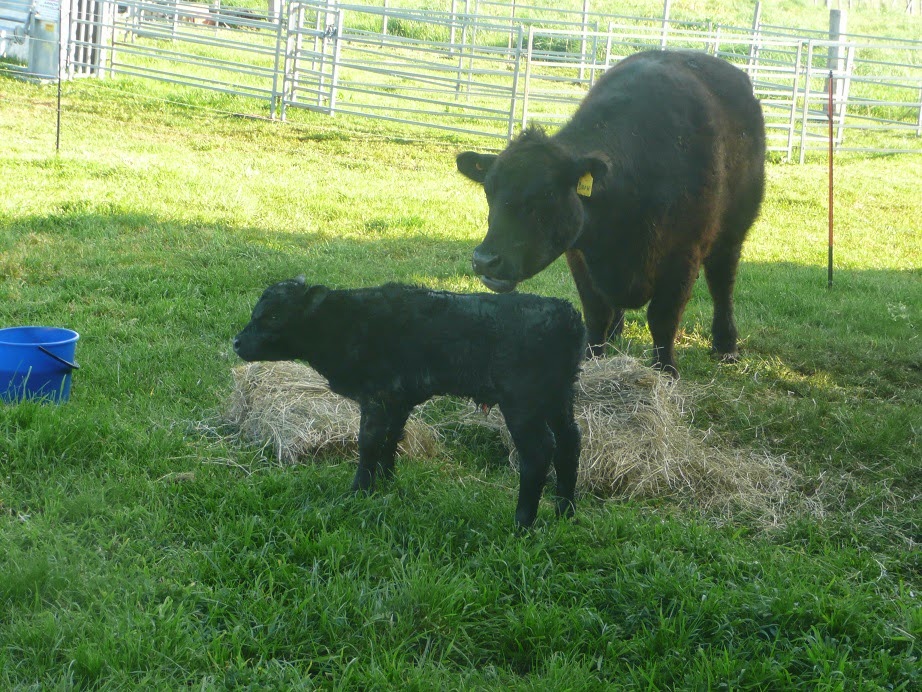 Here are a couple more photos of him and his mum from today. Dried off, eating well and as cheeky as you could want in a calf :-) 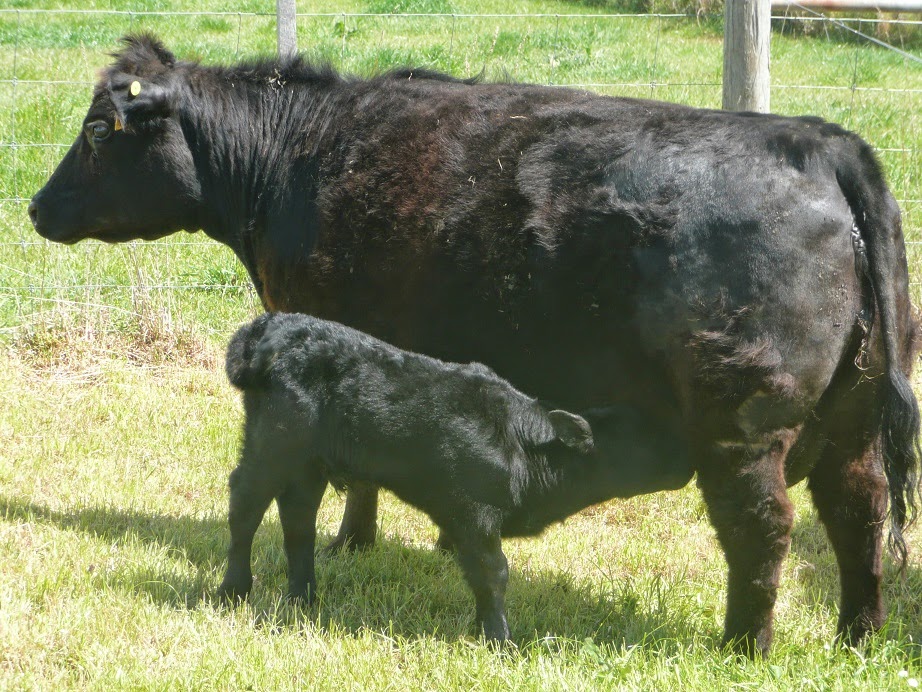 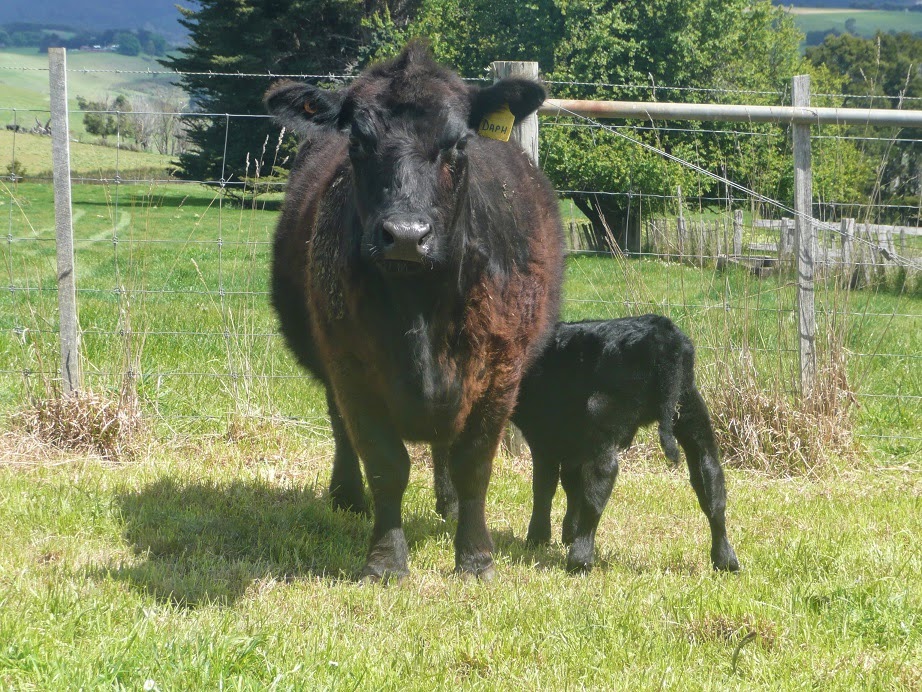 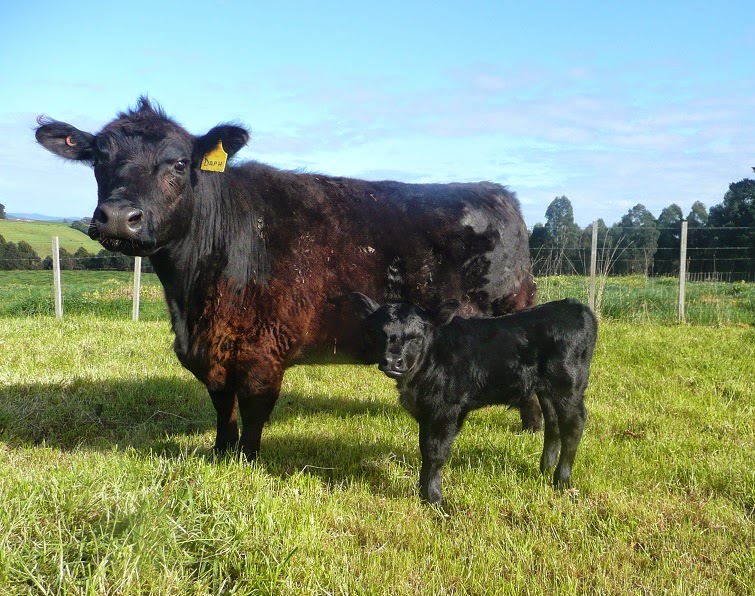 It looks like Di is also due very soon so he will have a companion to play with !