It's been a while since I've had a chance to update, but I've been getting to bed after midnight every night so it's just had to wait.

All is well with the animals. Boof has had his course of four shots of pentosan for his arthritis and we are now waiting to see what difference it makes. I have just bought seven round bales for the sheep, there is very little on the ground already and summer is just starting. I think I will have to sell more ewes and try to keep just the core of the flock.

I am now milking Big Moo again, having put a weaning ring in Ziggy's nose. It took a few days to get back into the routine, but she's doing well. I get about five litres a day, so I have been making either fresh cheese or mozarella, or yoghurt, every day. One of the reasons I've been getting to bed late. The other is having to water everything because we seem to be back in drought.

A lovely lady in the US made some cow-shaped fly veils and sent them over for my herd. Here are the ones I've fitted so far. I put them on in the morning and take them off in the afternoon. 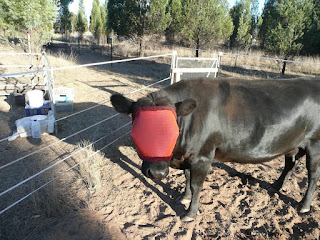 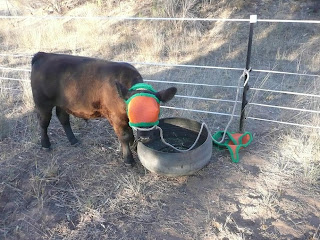 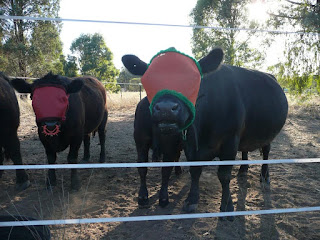 Jack is partially blind and I haven't tried one on him yet. I am waiting for a quiet afternoon in case it worries him.

The vege garden is now under review. I am pulling out anything that is not producing, is suffering from insect attack or is unlikely to survive the heat. We don't have the water to carry all that is planted now, so I'm just going to go with the things that grow best. This year it seems to be potatoes, pumpkins and tomatoes. The borlotti beans are potentially big producers, but seem to be struggling with direct sun. I may plant some more in a shady bed. We do have some jerusalem artichokes that appear healthy, last year was too wet for them. I need a root cellar to store all this !