Goings on in the Henhouse

It's all happening at the Scottsdale chookhouse. New arrivals, renovations and chickies !

First, the chickies. The black hen was set up in her new fancy coop and duly hatched four chicks from six eggs. The remaining two eggs were infertile. 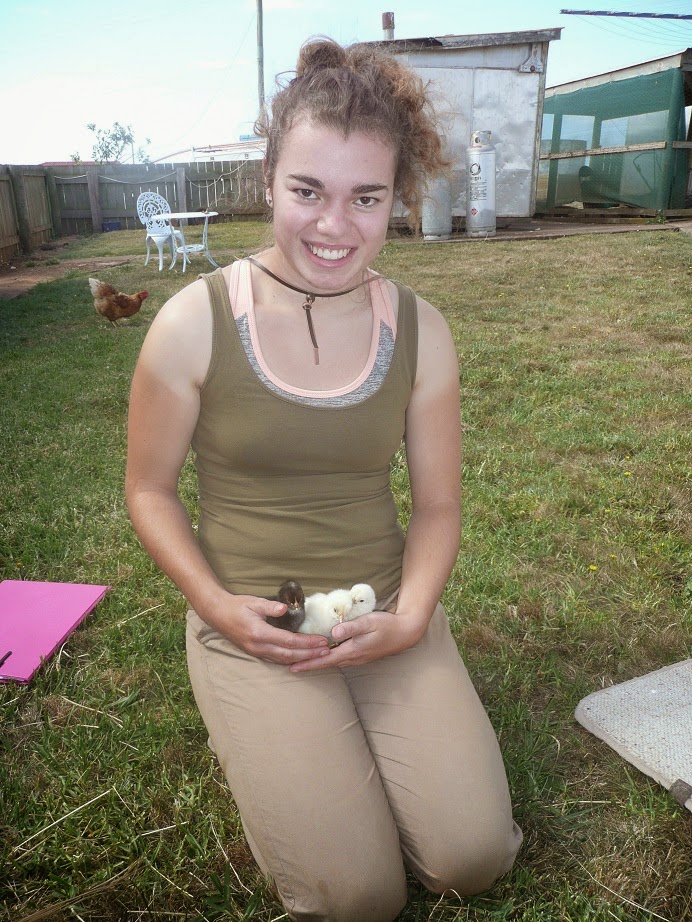 They have been on a diet of pellets, grains, milk and scraps plus all the bugs they can catch. The little black hen has been a great mum, very careful and caring. She has raised them well and they are nearly as big as her now. 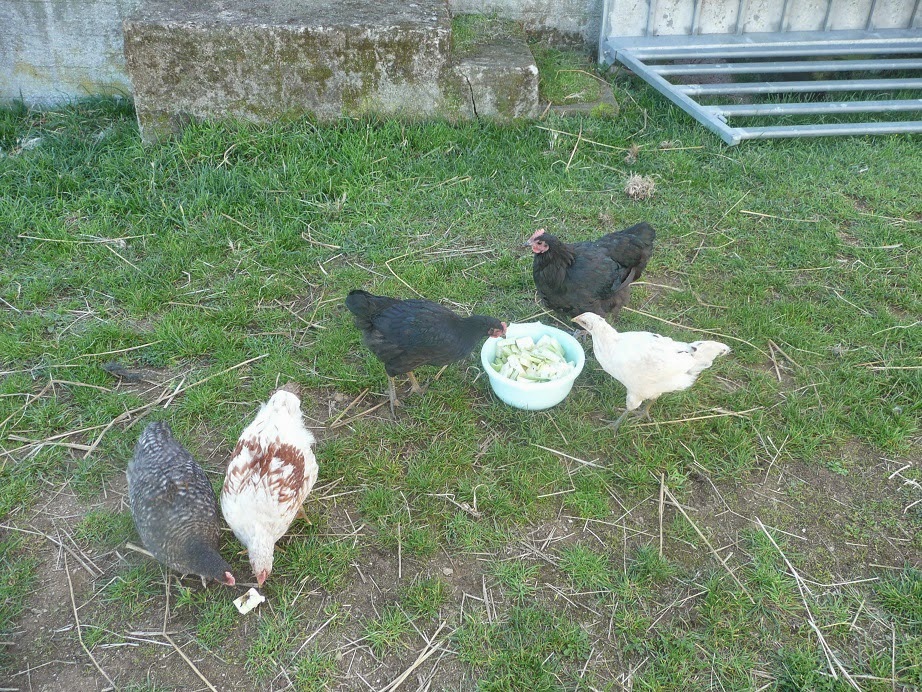 It is likely that the white one with brown wings is a rooster, the plain white one is probably a hen, and the jury is still out on the black one and the barred one.

As the days shorten the rest of the chooks are laying fewer eggs. Some are moulting and some are responding to the lessening of daylight. As crossbreds their laying schedules are varied. It was time to spruce up the chook house, both for warmth and for the arrival of some new girls to boost the ranks.

The palings cladding the walls could be up to 40 years old and are more of an optical illusion than a weather protection.

After pulling off the old palings the frame needed a few extra supports, but wasn't in bad shape considering. Martijin, a HelpXer from the Netherlands, worked alongside DH on this job. 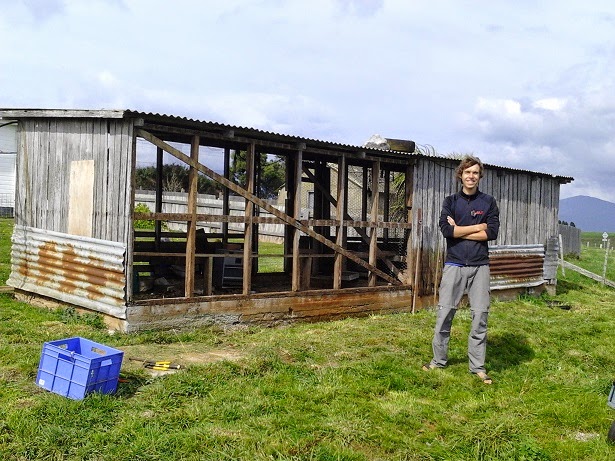 You can see the new walls at the front and the older section still awaiting work at the back. It's weather tight and tidy, I am well pleased with the result ! 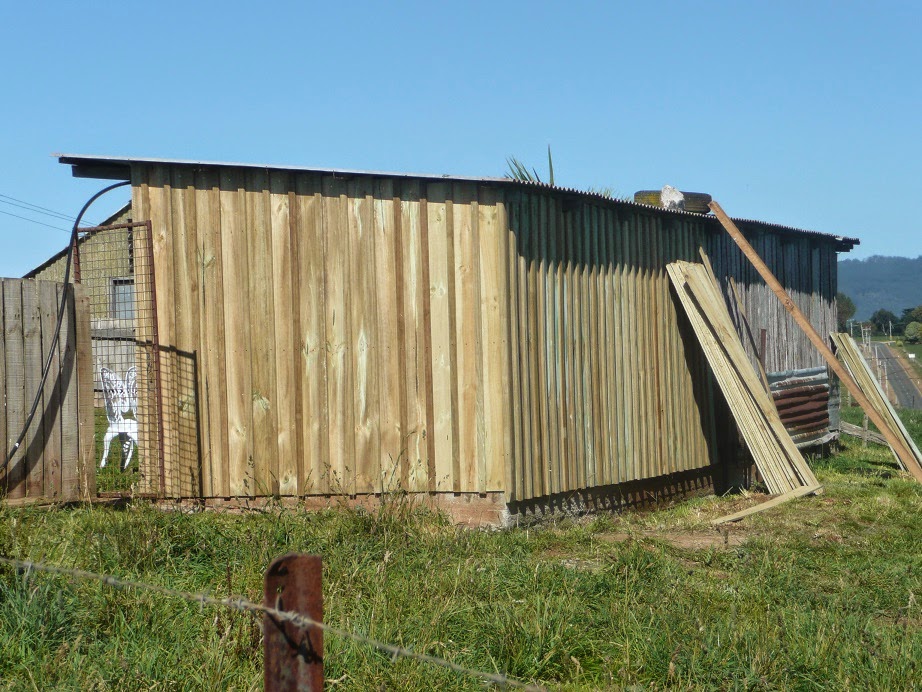 A shot of the inside showing the new bracing. 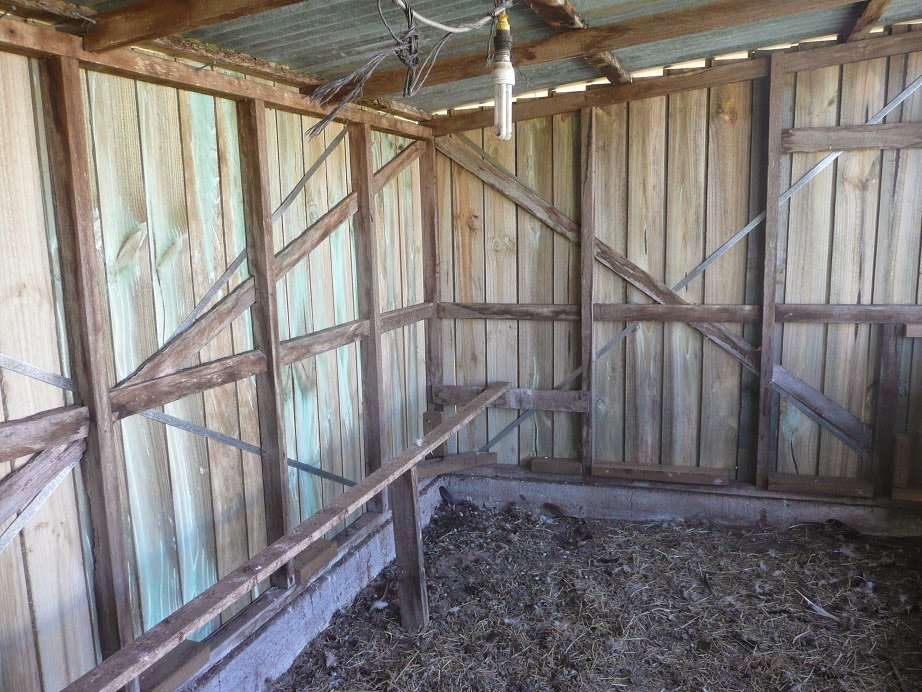 The cladding was completed just in time for the arrival of seven new pullets. More crossbreds of no particular breed, but raised under hen and already free ranging and foraging. They have settled in well and are easy on the eye too. It never hurts to have variety in the flock. 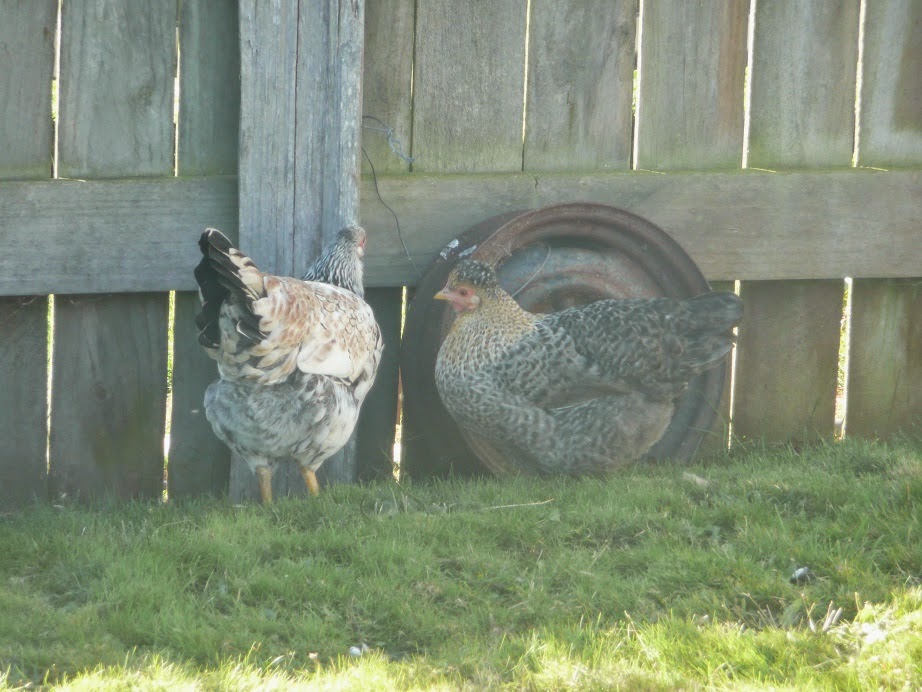 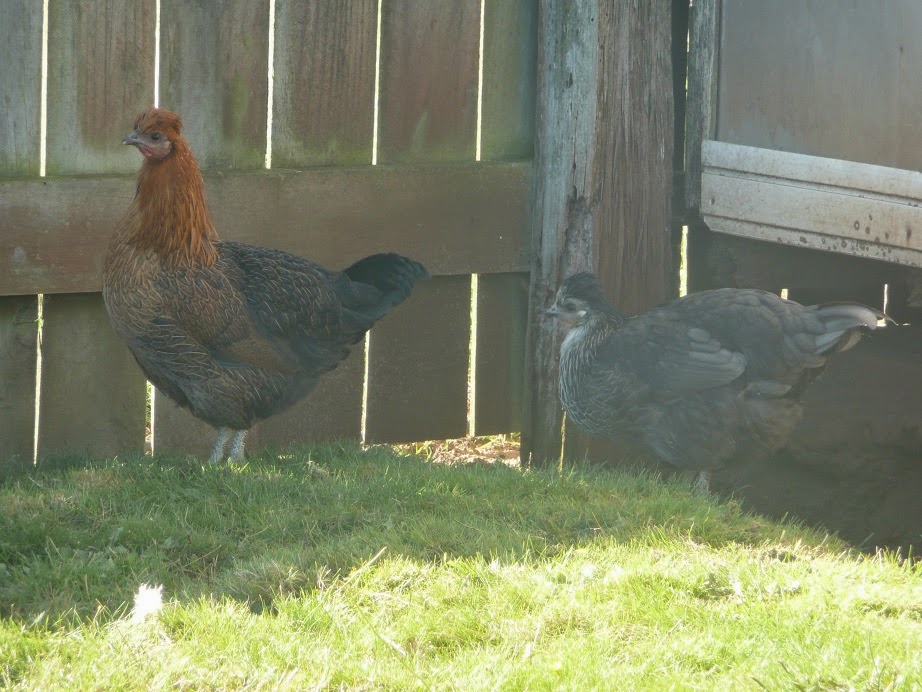