There are very strict rules on the import of animals into Tasmania, to keep the quarantine of weeds and diseases. One of the rules is that sheep must have either less than one inch of wool or be certified not to have any vegetable matter in their wool. With the speargrass here, there was no way that certification would happen. So ... everyone got shorn !

Including the lambs, as they had more than an inch of fluff. This is Ticky, he's so small the shearer really struggled to hold him as he couldn't tuck a leg under his arm or behind his knee. 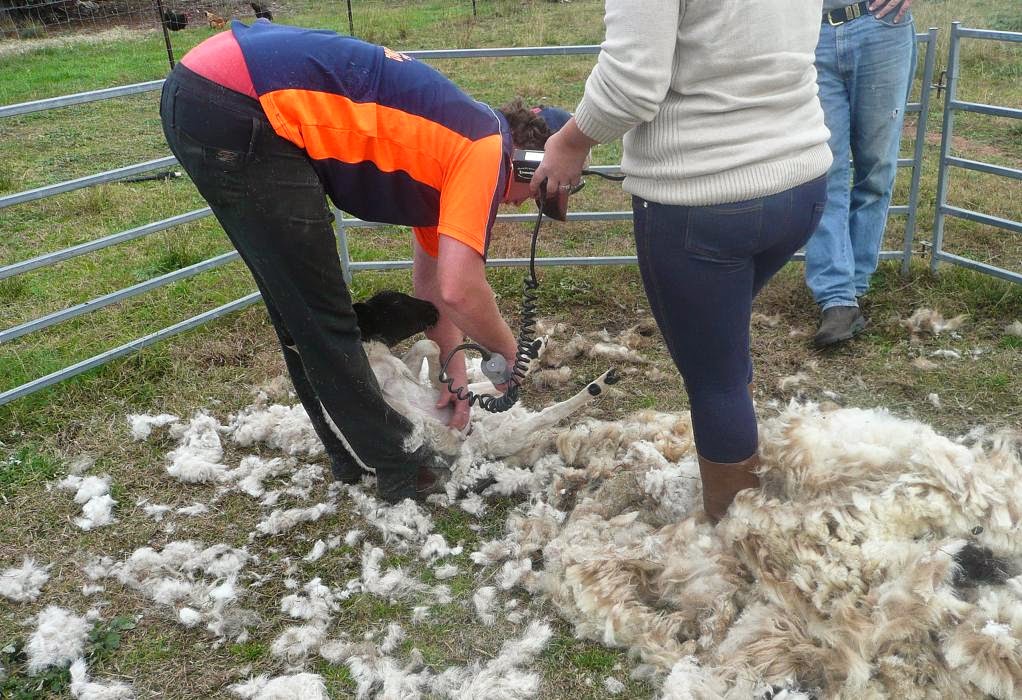 Willy was included. Despite his conviction that he is a dog and not a sheep, the quarantine guys weren't having any of it and he went for his haircut along with the rest. I would have liked to keep his first fleece, but I couldn't import it off the sheep for the same reason I could take in on the sheep. The shearer assured me his second fleece would be his best. 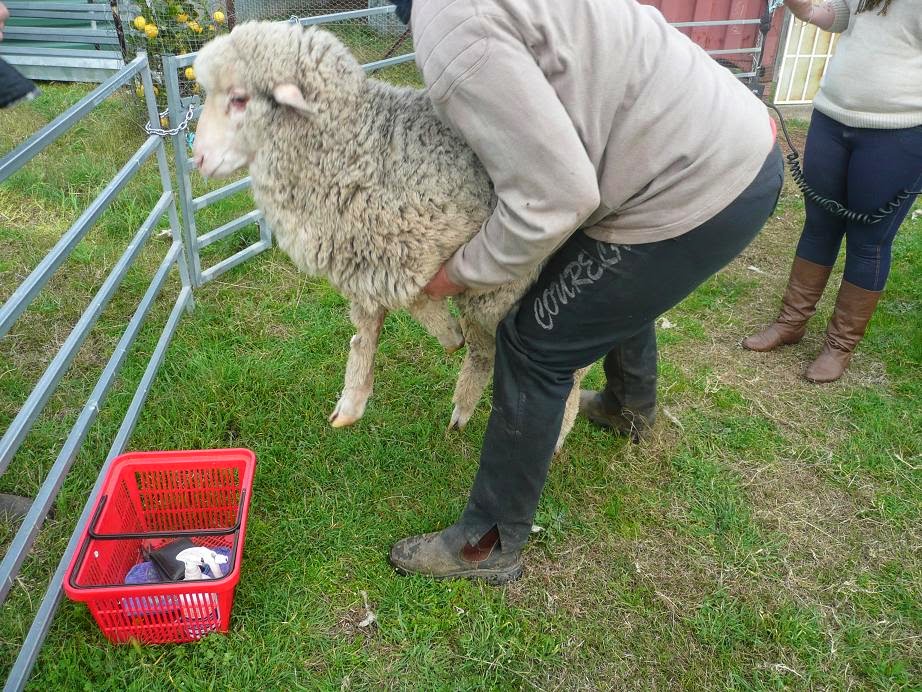 He looks very different shorn ! More like a little white deer. The dorpers are so short and stocky, and look much the same with a coat as without, but Willy's change was fairly dramatic. You'll note his tail is docked, something we don't do to the dorpers and wouldn't have done to Willy, but the lower half of his tail didn't have nerves connected and was so long he was catching it on stuff. So we took it off above the dead point and left him a fair bit more than most sheep keep so he could swish flies. 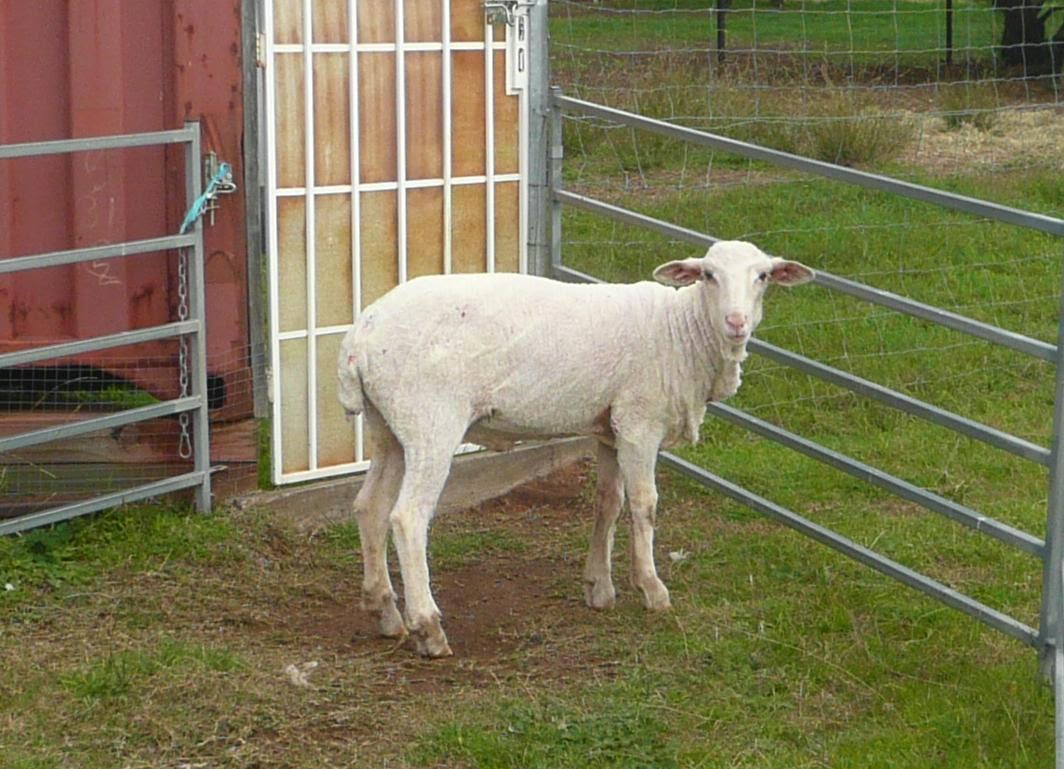 And because he's lost all that wool and the weather has turned so nasty and cold (sheep graziers alerts) Willy (being special) has his own coat for the nights. The other sheep are not sure about this coat, especially as he shares the night quarters with them. The carport is a cold weather stall for all the flock and is knee deep in hay and he looks and smells funny, but need makes strange bedfellows and they are all getting a lesson in tolerance. 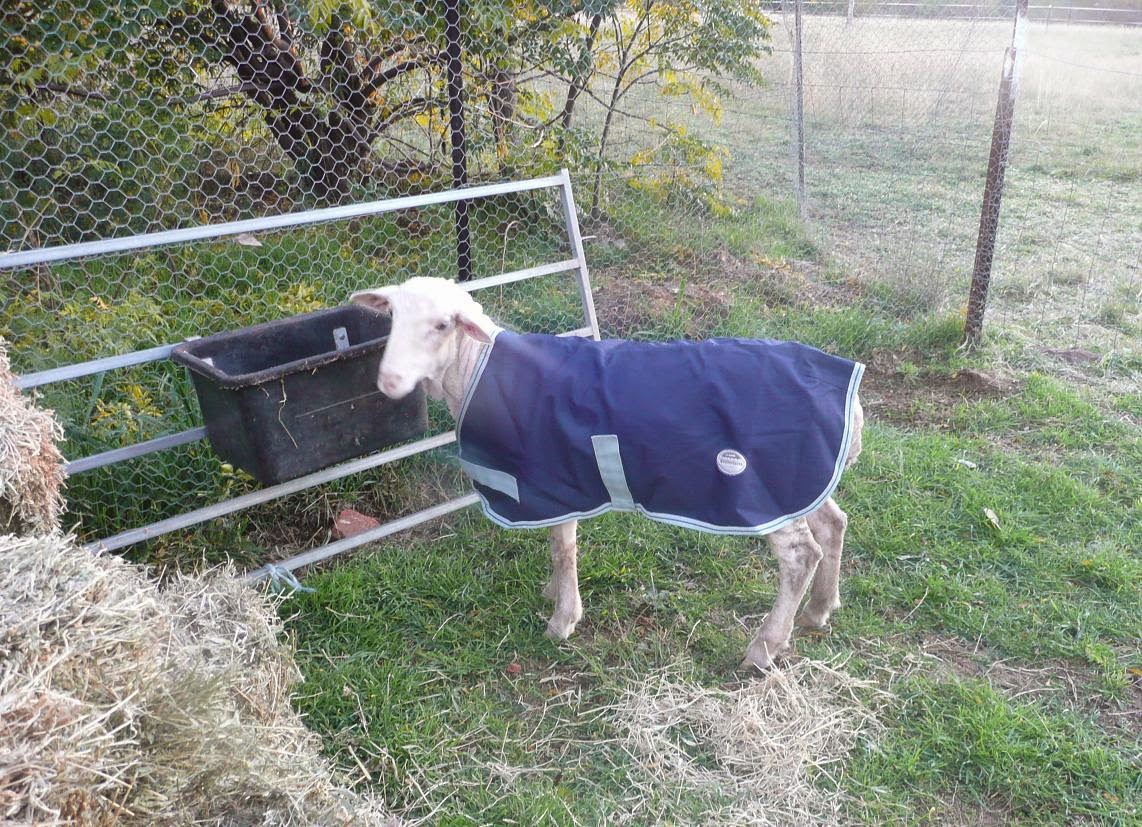