Alrighty, lets see if we can get caught up !!

First, the sheep. While old Max is really hitting the wall and some hard decisions will have to be made soon, most of the sheep are doing just fine despite the drought. My hay guy makes sure we have good quality hay and while they are spending the day bored and destructive, they are being well fed.

Here is an recent photo of little Halley, she's going to be a solid ewe, but it's her patterning that everyone sees first. 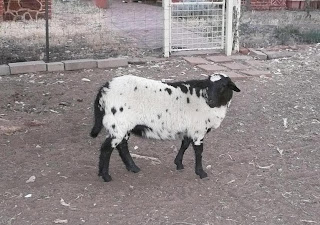 This is Medea's latest lamb, Stewie-Chicken-Chaser. He's very confident, mischievous and is already sold as a ram and will go to his new home when weaned. He was big and took a bit of birthing, and we had to milk Medea for a week until her large milk production and a single lamb balanced out, but he's the fastest growing and most energetic lamb. He has good genes and I hope he behaves himself ! 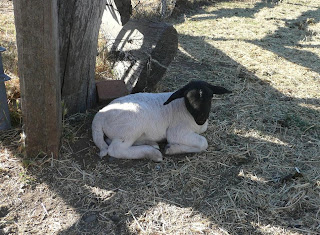 Wonder Sheep Molly recovered completely, here is a sunset photo with just that last little thatch of wool to shed. She's since completely shed out, she has a lovely soft hair coat. 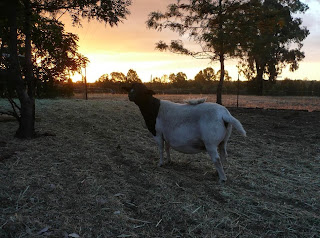 Boof is also finally slowing down, and appears to have wrenched his shoulder. Being on three legs for an already handicapped sheep of his weight is no fun so we are watching him closely in case he does more damage.

Here DH is plucking out itchy tufts of shedding wool, much to Boof's delight. 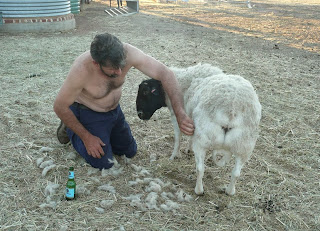 Speaking of being a Wonder Sheep, Molly gave birth to twin boys on Wednesday ! The timing means she was pregnant just before the operation and carried them through that and all the treatment afterwards ! 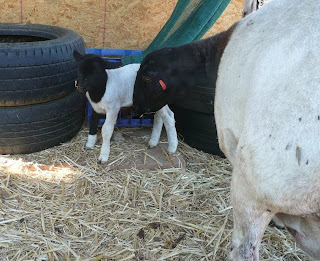 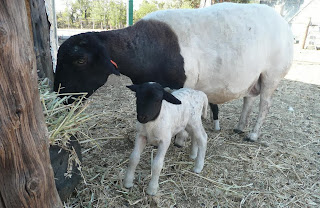 They were, as is the way of things, born at the beginning of a heatwave. Temperatures ranging from 39C to 42C. Lambs this young have trouble regulating their heat and take time to figure out things like shade and sun. They were really struggling so I brought the little family into the house yard around by the tanks so they can get the benefit of the cooling effect laying against the tanks.

I also dug out the gel cooling bandanas. The bandanas have pockets of water absorbing gel, you soak the whole thing until the gel has absorbed heaps of water, then you tie on the bandana and the water evaporates and cools your neck. Same process works for a lamb :-)

The little guys and their mum were pretty bemused, but they do make a big difference. 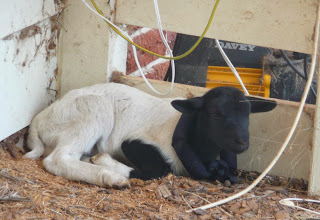 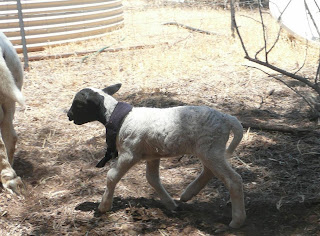 And a Christmas greeting from the sheep : 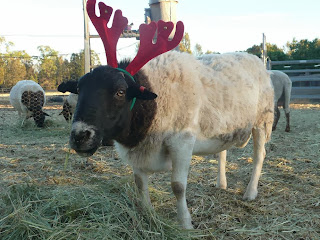 Boof wonders just what it's going to take to get us to leave him to his breakfast in peace :-)