A couple of new arrivals around at the new home for some of our ewe lambs. Two of the damara cross ewes have lambed, Annie had a little ewe lamb and Boots had twins, one of each. In the dorper camp, Bunny had twin boys but lost one to a fox and Poppy had a ewe lamb but rejected her. Poppy had the really traumatic birth last season and that lamb, Friday, didn't survive past a few days. She clearly isn't going to be a great mum, but she does throw a nice lamb. 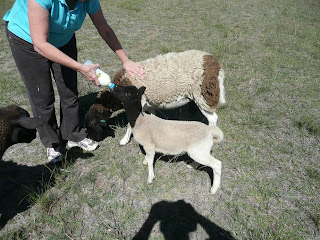 Lilly has been raised mainly on raw fresh milk from Big Moo and has been thriving. Apparently she's also slipped into the gap left by Bunny's loss to a fox and is taking her extra milk. This is a twofold bonus, keeping Bunny's udder healthy and supplementing Lilly with sheep milk. 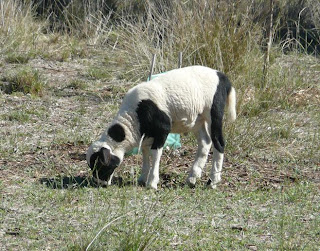 Thyme, one of Boots' twins

Our chicken flock is stabilising as Frank and Pippi reach maturity. Pippi is laying small pullet eggs nearly every day and Frank is looking to lure some girls off the other two roosters for his harem. I think I will pick up a couple of young hens for him to avoid trouble... 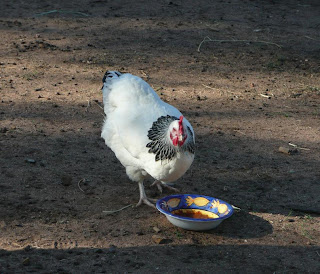 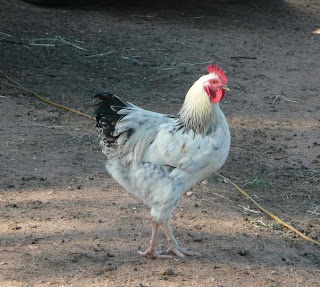 Just throwing in a shot of Jimi, the first hen hatched on the place. Jimi is an araucana x wyandotte and exhibits the wyandotte feather pattern and the araucana head feathers. Not a pretty hen, but she lays a pale green egg and is one of the most regular layers. 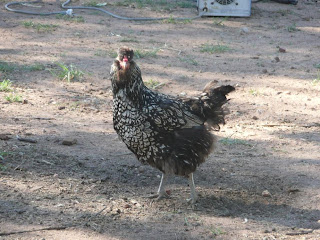