The red soil of Scottsdale is amazingly productive. Drawn from basalt rock, you can grow just about anything in it. On white animals like sheep, chooks and maremma dogs it produces an orange stain jokingly called "scottsdale rust". It does make gardening a real pleasure. 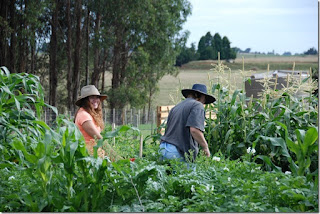 One surprise was that the old cherry tree down by the loafing shed fruited this year. I was waiting for the cherries to ripen and was losing hope when a friend told me they were white cherries and this colour was as red as they were going to get. By this point the birds had been much smarter than me and there was only a couple of kilos left, but it was a nice bonus. 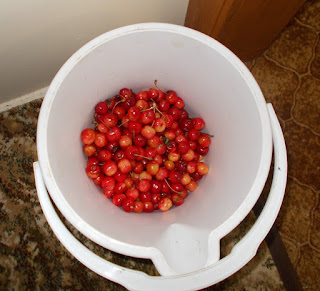 I planted ten varieties of potatoes this year. A commercial potato area, the red soil is ideal. I lost alot of spuds when the soil washed away from the roots of the potato plants, allowing the top layer of spuds to turn green. Next time I will make sure to re-mound. I still managed to harvest about 40kg of  a large variety of spuds. 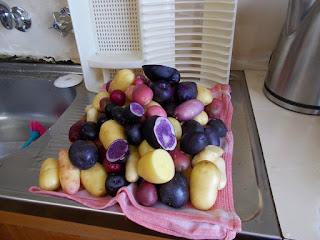 Added to the range this year should be moonlight, sebago, russian banana, purple congo, russet burbank and up-to-date.

Plenty of fish in the river down at the bottom of the farm, a previous catch was a blackfish, this one is a trout. 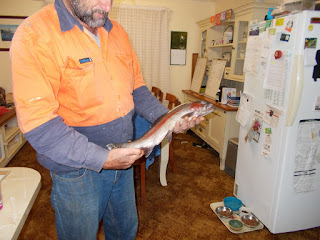 Prepping the garden now for winter veges, adding mulch in the form of waste hay and manure from the dairy.  I'll be forming the beds up with wooden edges over the next few seasons as the weeds are just as keen to grow as the veges are. 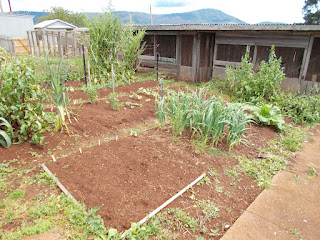