Flora has given us a little bull calf. Named Helios and known as Hilly Horse (see his long legs), he is half jersey and half lowline. His father is Tironui Om Joskin, a New Zealand jersey AI sire. 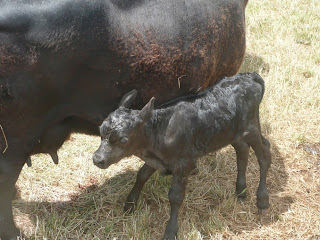 He is much longer in the legs and slighter in the body than Erg and Macey, pure lowlines. He also started off a soft dark grey colour instead of the lowline chocolate. He is browning up now though, so he may end up standard issue lowline black. He will also be polled even though his father had horns, because the poll gene from his mother is dominant. 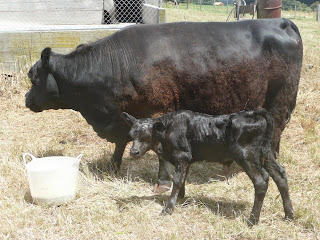 This is his dad : 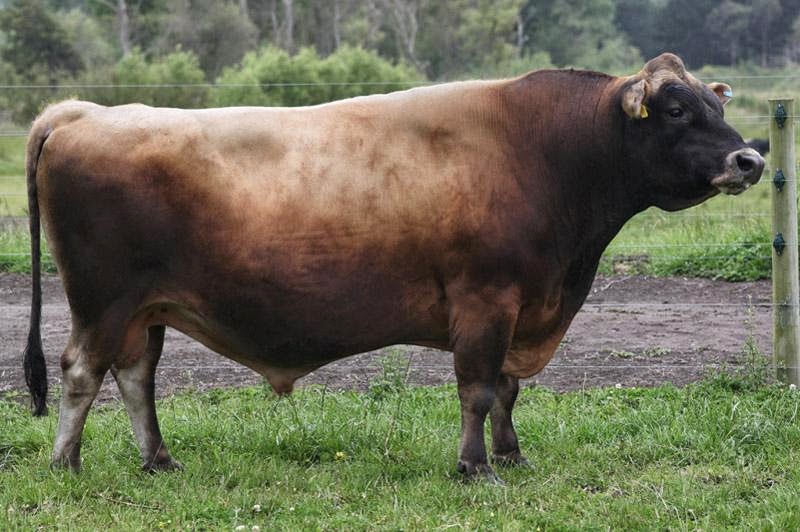