It's been a big couple of months for Alvin. He had a major life-event in the shape of the arrival of Poppy.

Poppy is a seven month old desexed female maremma that was bought from a pet shop in the city and raised in an apartment. She was fed only lean mince and came to us via a maremma rescue weighing only 22kg and with no muscle let alone fat. 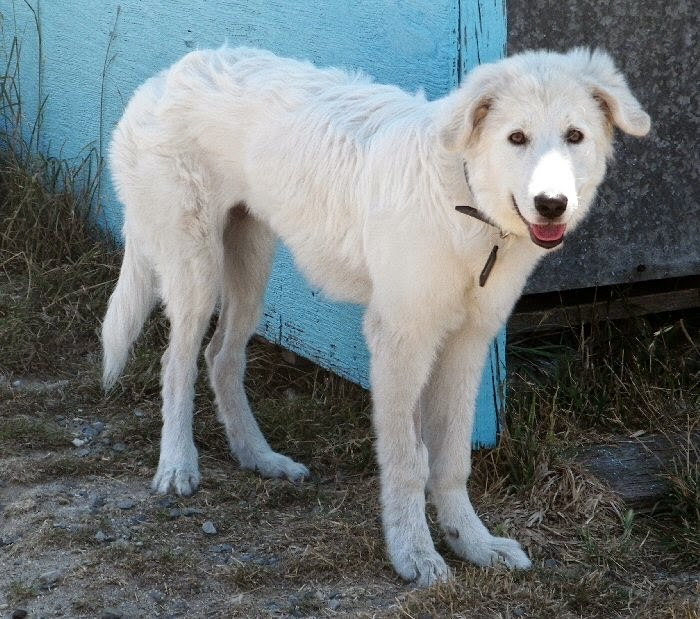 The first day Alvin thought she was a terrible pest. Then he fell in love and now they spend hours every day playing and wrestling and running. 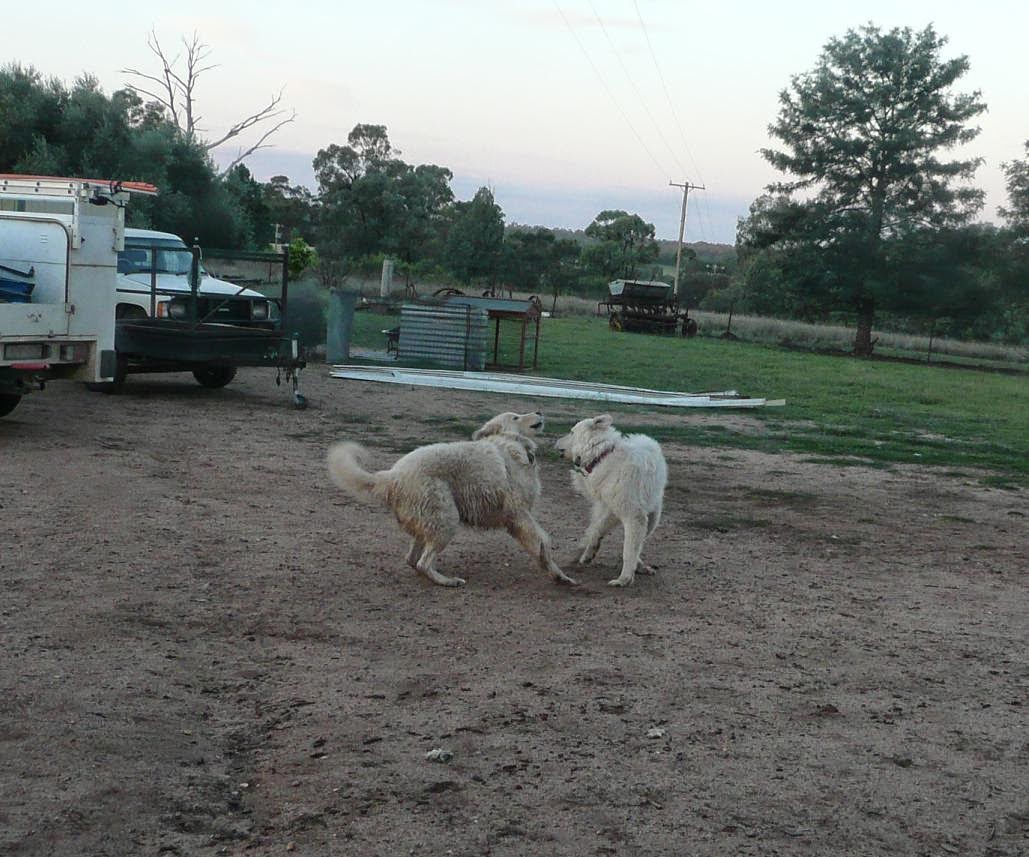 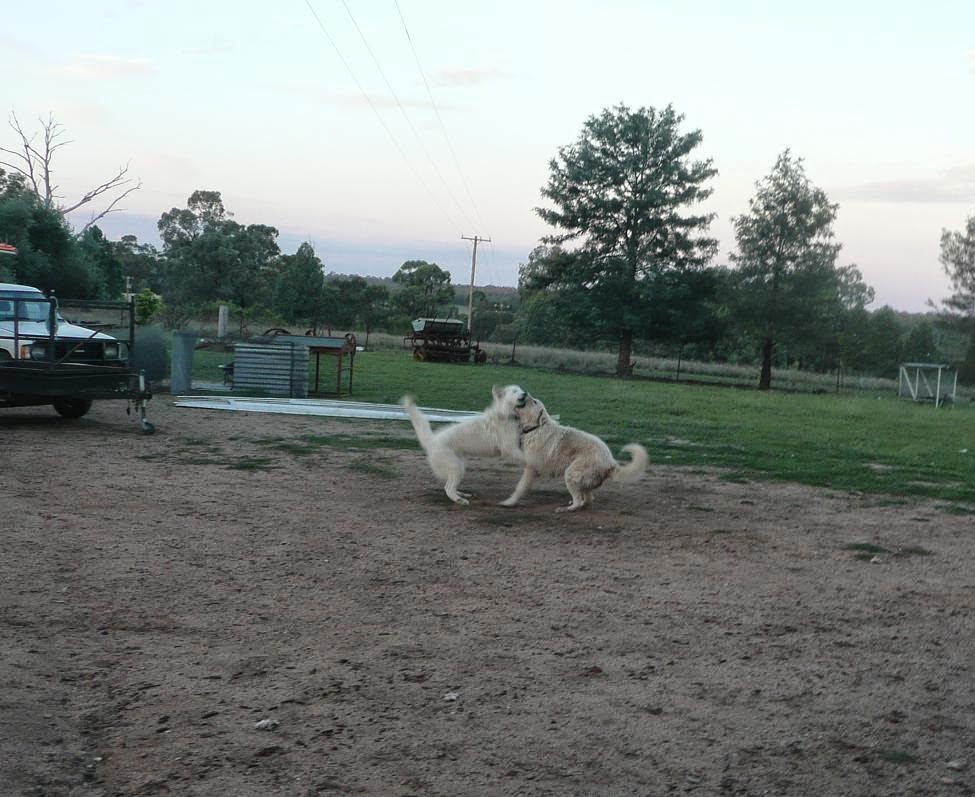 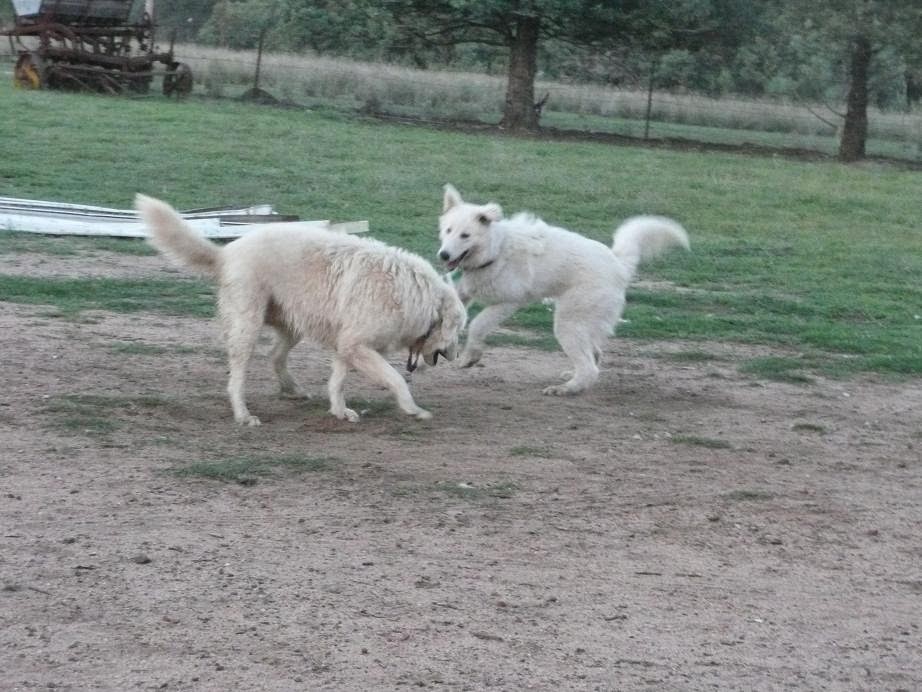 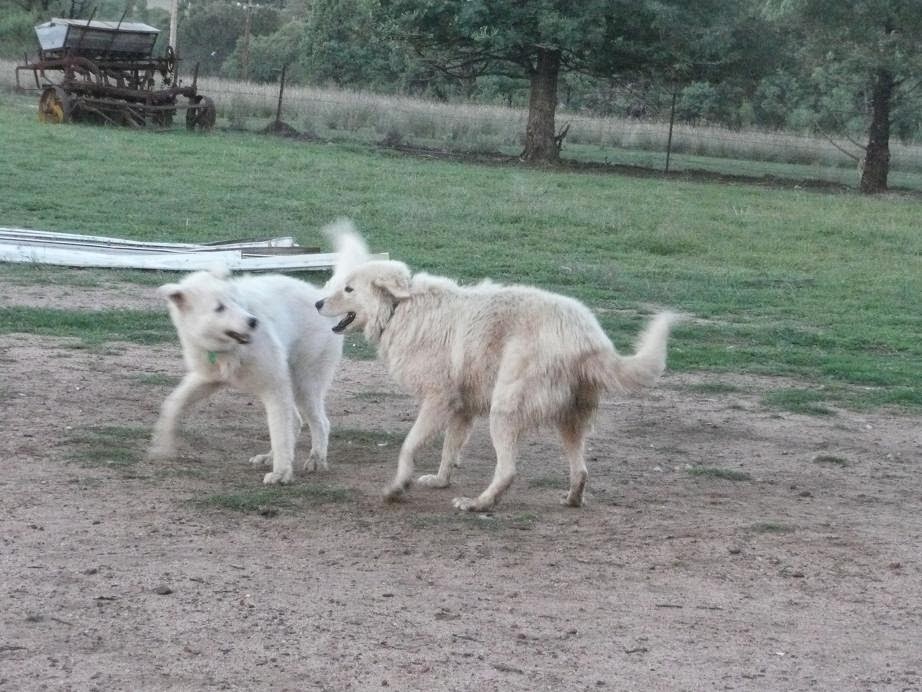 They swim in the dam and explore the forest and check on the sheep. Poppy finds old bones and cow poop to bring home and tease Alvin into playing with, and he lets her dig up his treasures and gnaw on them.

It has been a wonderful change and bringing Poppy home must be about the best decision I've made on the farm yet.
Posted by Elnini at 04:36