The last month has held some ups and downs. On the up side we had two inches of rain over a weekend, nice and slow. The pasture is coming on nicely, and if we get some follow up rain we might have some to go into winter with.

The catheads (caltrops, three corner jacks) went nuts without much grass to crowd them out, so DH has been spraying them as fast as he can. Normally we tend to pull burrs out rather than spray, but we are looking at a carpet of over eight acres, so spraying it is. It's meant that the livestock are confined to unsprayed paddocks for a week, but we were hand feeding anyway and it gives those paddocks another week of uninterrupted growth. 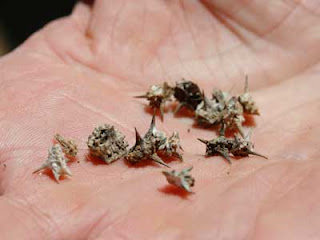 
I am preparing the vege garden for winter veges. We seem to have more luck in winter. Summer has been either too damp and hot and we lose half of the plants to mould or insects, or too dry and hot and the plants just cook. Winter is cool enough to avoid the insects and mould and we can water enough to keep up with evaporation if it doesn't rain.


This year I am putting in spinach and silverbeet, onions and peas, and the frost tolerant salad green varieties, including mescalun and rocket. I am also taking a shot at sufficient growing time before the frost to have another go at borlotti beans, which burned off during summer. We still have a few plants left to harvest. The jerusalem artichokes which yielded nothing in the wet summers have loved the dry heat this year. We have two zucchini just fruiting up, asparagus planted for next year that is doing well under the grape vine, and sweet potatoes, the dark horse of the garden.


All the chickens that are going to lay are now laying, even Pippi who is delivering little pullet eggs. The three roosters are getting along ok, while Frank is taking whatever opportunities he can with the other hens, Brewster and Shadow only chase him away. 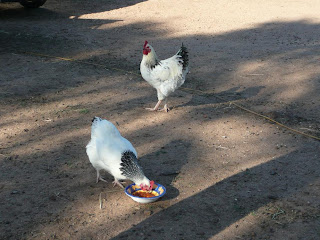 The cattle are all fat and glossy, though they would dearly love to be grazing rather than eating from the round bale. Flora is two and a half months pregnant with her jersey cross calf, Big Moo is yet to be AI'd as I am waiting on the rain ... 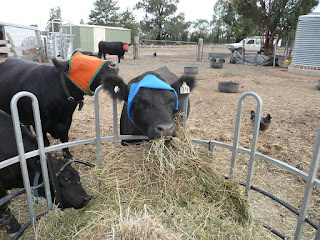 I attended the dispersal sale of Allambie Lowlines, the stud that Jack came from. It was a sad day, as the herd had belonged to a lady that had passed away. There were more cattle than buyers, so the prices were quite low for such quality cattle. The lady I attended the sale with and I did bid on a few, but the ones we liked were the most popular and we were outbid every time.


The sheep have been fine with the exception of Molly, who had pneumonia and ketosis (being off food to the point of starving). She had to be drenched with sugars, have antibiotic and vitamin B complex shots, confined to the lambing pen and supplied with every tempting treat available until she started easting again. Thankfully that took only a week and a half and she is back with the scrum. A sheep is never truly happy on their own.

I tried an experiment with the hay. If there is no barrier between the sheep and the round bale they pull it all out and walk on it, wasting alot of it. The hay ring is designed to stop that, but the gaps are too big and the sheep can climb in. I tested using fencing mesh with a small bale and that seemed to work well... 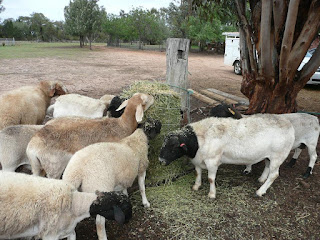 So I tried it with a round bale and the sheep merely climbed on the mesh until it formed a skirt around the lower third. Benny was only the first of the mountain goats ! 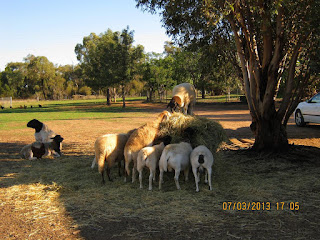